-Publix supremacy, y'all
If you're a grocery chain, chances are better than not you're getting a pretty good sandwich out of that, because it's RIGHT THERE.
CostCo's main attraction for me though, is the thing called the Chicken Bake. It's a heart attack waiting to happen, but if you can handle a little burnt crust, it's a pretty good 3 bux.

-MY DOG RAN OVER MY TRUCK:
The closest I can find to the song Arcanon described is "Backwards" by Rascal Flats

-Yeah, I kinda want to see an episode of Yu-Gi-Oh wherea homeless guy challenges YuGi or whoever and he learns about the heart of the cards or whatever. "No card is Jank if you believe in the Heart Of The Cards (TM)!"

-Now I want to see a Magic The Gathering show, but instead of the Planeswalkers fixing or fucking up the Multiverse or whatever, it's a bunch of pre-teens (one is called Jason or "Jace" for short HAHAHAHAHA FUCK YOU) playing Magic. But like, instead of playing with actual pro-tier decks, they play with stuff you'd only use in drafts and stuff.
"HAHAHA! I have Lens Of Clarity! It allows me to see your face down monster AND the top card of my deck!"
"Then I cast LOATHSOME CATOBLEPAS!"
"WHAT? NO WAY!!!"
"And then I play BOULDER FALL!"

-Also the artist for YuGiOh and Hellboy are fans of each other, so this exists: 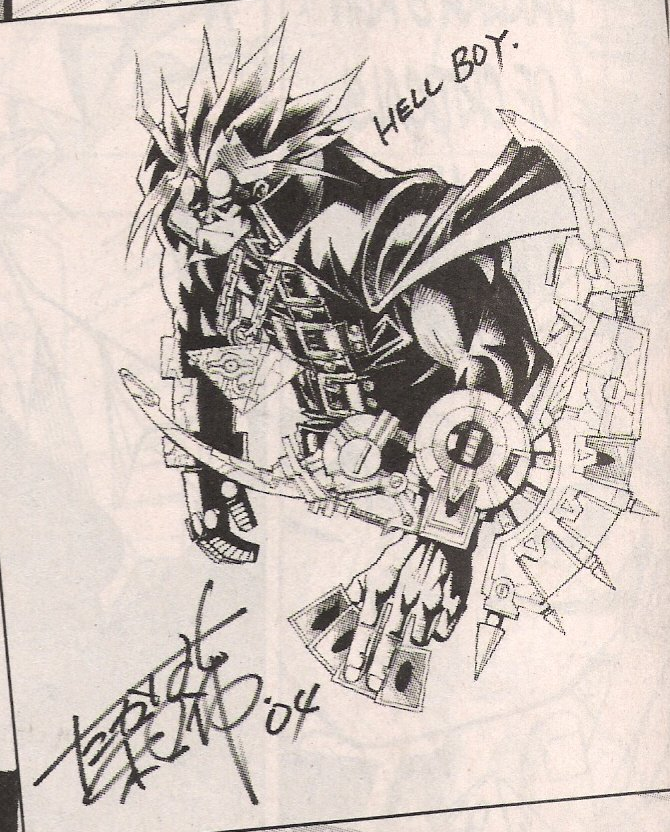 OK, let's not talk about the Royal Rumble.

Music from me! Fate Reforged song was sent to Rob, so it'll be all spiffy and nice by your next Friday Night Magic! The Khans of Tarkir songs are all shaping to be a mini metal concept album. It figures, after all, as the set is about a Planeswalker who goes back in time to prevent the death of a dragon. I'm getting them out earlier and earlier, which is a good thing. My next goal is to have my Dragons of Tarkir song out by release day.

My true goal is having something in the next Duels Of The Planeswalker games....

But for now, my music is in a place just as cool, the Nirdy Birds podcast! They liked my Deadly Premonition song, so I let them use one of my songs in their new podcast!


Speaking of podcasts! Newest one up today, recap coming soon.

Album stuff? More tracks are going to Rob, and I'm in the home stretch, with only a couple more tracks to go.
Posted by Rhythm Bastard on 1/27/2015 No comments:


This week was spent working on my Fate Reforged song and recording an audio book. Good thing is that I have tomorrow off, so I can make more headway on Status Quo Radio.

Other than lyrics and music, there's a couple other things I've had on the back-burner, like some music video treatments, prepping for the Kickstarter, and other stuff.

What I'm most excited about is the music video treatment, since it's the first video I'm actually planning ahead. How far I get with it depends on who I know and budget, but knowing people, introducing myself, and being not too much of an asshole has gotten me pretty far. Also, it's been really good at securing a "mission statement" for the album.


So, how'd I do at the PreRelease? Well, first off, White is going to be a really good color to draft, almost TOO good, and Abzan has gotten a bunch of new toys to play with, at the very least in Citadel Siege, which can make creatures bigger OR tap another creature on opponents combat. But enough about that, how'd I do?

So, finishing up some more music, working on that buffer, and prepping for the Kickstarter.

If you guys have any ideas for Kickstarter Rewards, let me know!

-Damn, he looks so cool. 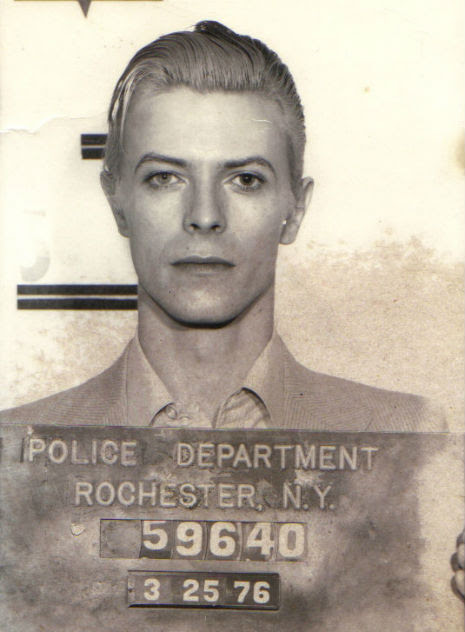 -So, the reason why I said "Amen!" after Jeff started talking about the musical break, was a reference to the "Amen break", one of the most famous breaks in music.


-That day was also Nicolas Cage's birthday, so that explains Jeff's Heat Seeking Panther line. REMINDER: Only 2 movies have made me nauseous: "A Clockwork Orange" and "The Weather Man". The only thing I remember from that movie is Michael Caine talking about his daughter's cameltoe.


-The only way Arcanon's custom gun would have been cooler if it had its enemies mom engraved on it. He can always say "Well, OFF TO VISIT YOUR MOTHER!" every time he fires off a shot. He just does range shooting, but I'm sure pieces of paper have feelings too. Since trees have, ah fuck it.

-One of my favorite things about speed running is seeing is how they can take a game and just mess around with it to get what they want. Ars Technica has the details.

STATUS QUO STATE OF THE BASTARD 2015

2. NEWEST SONG THAT I ADMIT EXISTS: "Force Of Dragons"- Working on Fate Reforged as I type!


More after the break!

This is probably the best tribute to one of my biggest influence, so it's definitely worth the 20 minute runtime.

Turning 27 a week from LET'S SAY TODAY, and that's when I'll do the State Of The Bastard. Right nowm this is my jam:

Status Quo Update: I've got a good buffer going, so all is well on that front. I want plenty of time to finish up the last little bit of the songs I'm not rerecording. I'm still going to be making new stuff, but anything for the album I'm going to play close to the chest. If you're on the mailing list, however, then you got a free track that's never before seen! I'm in the home stretch, and I'm getting some good stuff back, so fingers crossed!

In other news, Awesome Games Done Quick is going on, so I'll be donating to that sometime this week :D.

Also, Orlando Nerd Fest is now accepting performer applications! So you know I got all up on that.ONF is one of the places I'm looking to go back to this year.

Been getting into some other video games, like Assassin's Creed II and Persona Q. ACII feels almost more like a racing game/platformer, with stealth coming in a distant third. It's an interesting story so far, and I'm excited to play it once AGDQ is finished. Persona Q is me hanging out with the crew from the Persona games again, so I'm 100% on board.