Would have had this out on time, but I was laid up in bed sick, and then had to take care of some buillshit errands, where I then went straight to bed.

Wasn't as busy as last year, but those who did come and see me around were a great audience! My first time playing at Palmcon, and I caught up with a lot of old friends. Apparently I'm a very swole gentleman, because I was reminded of that a lot.

Didn't go too crazy with spending, but I did get a Lego Taskmaster minifig. Cause I fucking love Taskmaster.

Quick shout out to Grifter's Custom Creations, who I haven't seen in a long-ass time, and helped run the booth for a local costume shop.

ULTRACON SHOW OUTTA NOWHERE?!?!?
Won't be able to make it Saturday due to work stuff, but I will be playing Sunday at 1 PM. Believe it or not, as long as I've been playing shows in Florida, and as many times as I've been at the MACC, I've never attended a con that used the lower levels, so I'm curious to see how it all pans out.


|I think I found a WWE theme I love more than Shinsuke Nakamura's. It's very reminiscent of Dr. Wily's theme from Mega Man 2, but that was a fucking awesome song.

You guys don't get it: This is so good, it makes me want to go and watch the Cruiserweight Classic, just to see if TJ Perkins is as awesome as his theme song.

We're probablyt going to discuss this on next week's Echo Chamber, but yeah!

This was the first system I bought with my own money, since I inherited my older brother's NES, and was too young for a Super Nintendo.
My first 3 games were:
Super Mario 64- Still a game I go back to occasionally. Not one bad level, and I have speedruns of this game on when I go to sleep.
Mario Kart 64- Another game I love to revisit, and a stellar soundtrack.
Crusin USA- ... Fuck you, I didn't want to crowd around this game in the arcades.

I remember renting all kinds of games from the local West Coast Video depending on what was featured in that month's Nintendo Power. Some good, some bad, some I'm hunting down at every convention.

Status Quo Wednesday And The Podcast Recaps Had A Baby

PALMCON THIS WEEKEND!
Sasdly, I did not check the schedule that well, and did not realize I had a gig Saturday. I apologize for the invconvienece, as I also came from a work thing.

I'D RATHER NOT EPISODE 29
Anime Owen: Manly Edition:

Kokoro makes me think of this comic

-The heist angle for that Wu-Tang Album is BS but apparently that whole story is being turned into a musical.

-That sound effect at the end fits in perfectly with "You just screwed with Martin Shrkeli!" and the sad trombone is all like "Dang, I can't be Seto Kaiba"

-Persona 4 continues to have the best soundtrack:


House music is a secret love of mine. Not a shame, because house music rules. It's secret because all the EDM kids are inbto the wibble wobbles these days. I find it calming in a way that a lot of other genres that are supposed to be soothing aren't.
Also, this song rules, because it's made by a man called Sagat and wears an eyepatch like Sagat, who's the best Street Fighter character.
The lyrics are not high art, but they're stupid enough to be featured on Beavis and Butthead: 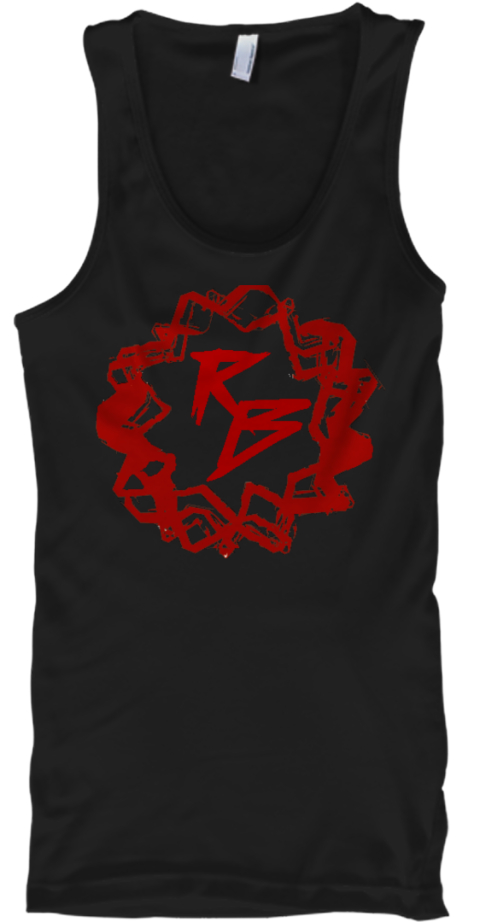 -My Dad is a HUGE Star Wars nut, so naturally he took us to the Special Editions in '97 and The Pahntom Menace in 1999. He was talking about it all the time, so I just assumed it was a big deal. Then again, I haven't seen Captain America: Civial War yet, so it is possible to miss out on an "event" movie.


-Possible feature to add to the side:
Who Are We Throwing Our Money At?
A collection of all the people we recommend supporting through Patreon, Kickstarter, Buying All Their Shit, etc.


ECHO CHAMBER EPISODE 181
-I think adding a "Hashtag" to things is the equivalent of adding Dad to it where it worsens and cheapens whatever the word is.
#Courage- WE ARE SELLING YOU WHAT WE BELIEVE IS A COURAGEOUS MOVE
Dad Courage- I'm going to try the DOUBLE Bacon Cheeseburger
#Jokes- I am ironicaly referring to what I just said as comedy
Dad Jokes- Hi ____, I'm Dad! See also, "I know you're good, but do you want any more food?" and "You can tune a piano but you tune a fish?"
#Bod- This Instagram picture has a body in it. Somewhere. Alive?
DadBod- Not fat enough to be fat, but fat enough to show that you stopped trying.
-Super Mario Run Trailer:


-It feels... desperate that the console market is working in iterations. The main rallying point of consoles is that everything works right out of the box, and the main thrust of this console generation is that they want to be the main focus of your living room. I'm not sure what these upgrades are supposed to accomplish other than "we're making them better". Look at the "thesis" of the past couple generations:

-WiiU/Xbone/PS4: We want to own your TV. You can stream your TV through us, you can browse the internet us, we want to OWN YOUR LIVING ROOM.
-PS3/360/Wii: Online mofos!
-PS2/Xbox/Gamecube: I think we figured out this 3D shit you guys!


-Everyone plays video games. Especially during the 80's. However, a lot of what changed our perspective of video games happened after the Crash of '83. Nintendo fixed this by selling video game as Toys rather than Electronics. Toy aisles back then had were separated by gender, they picked Boys. Still, even in the early days, video games were still popular with everyone.

However, as mentioned in the podcast, then shit got complicated. FOUR buttons? SHOULDER PADS? ANOTHER one?


Where games like Halo succeeded is that they removed the "feelbads" from the game: Recharging shields, less complicated firing weapons, etc. While the controls are still ridiculous to someone who hasn't played, the game itself is more accommodating.

Though personally, I'm a fan of Powerman 5000's cover album with "Electric Avenue":


And yes, IndieGoGo.Space is an actual URL

It's about this dude who fights a tyrannical regime who wants to steal everyone's hair. BoBoBo, having a lot of hair, will NOT stand for this, so he roams the land employing his technique Hanage Shinken, or Fist Of The Nose Hair.

I want you to remember this in your DREAMS.

VOICE OF ALL- HOMESICK

I play Dovin Baan, the planeswalker from Kaladesh. He was a fun voice to do. I tried to go for a British accent with some Indian influence, and while it came out well for the most part, except for the times when it slips into Irish/Scottish because I roll my R's as part of the voice I chose.

Email ThisBlogThis!Share to TwitterShare to FacebookShare to Pinterest
Labels: anime, cosplay, id rather not, magic the gathering, podcast, recap, star wars, the simpsons, video games, voice of all

Status Quo Wednesday Has Went All SURPRISE On You!


I've been told this is the "at least" one show "they know about", so keep your eyes on the event page for future updates!


I don't know what to think about this one... All the songs I've heard off this new album have been really tight and high-energy, but the lyrics feel disjointed and... kinda lame? It feels like they're written as what's expected of a modern Green Day song, with some really questionable phrasing. "Bang Bang" made a little more sense after learning it's about the mentality of a school shooter, but I this one leaves me wondering what "the deal" is.

At least they're still trying with this album, and the fact that there doesn't seem to be a "deal" greater than "Here's some songs we wrote", after the triple album thing was... eh.... has me really excited for the album, especially after frontman Billie Joe Armstrong said this:

NEW TANK TOP!
I'm trying two new things out here: TeeSpring and Tank Tops! You see me wear them on stage, why not get one for yourself? I even have a super cool 80's design so you can show off those guns in the Florida (or your residential state) sun!

"HOMESICK"- A VOICE OF ALL
More on the recap this Saturday, but here's the first episode of the Kaladesh storyline. I play Dovin Baan, the Velkaden Planeswalker who was revealed yesterday and may or may not be this block's main antagonist:

Regardless, you can listen to it here!

Three months have passed since the Gatewatch defeated Emrakul. What have they been up to?


Yeah, don't count on a lot of updates this week, since we are moving out to where we'll all be stay for a year before my parents get the "buy a house" thing down and my life is stable enough to where I can move out.

As I type this, I'm also packing up all my shit into boxes for the sake of making sense of it later.

VOICE OF ALL PODCAST

Looking into new shirt designs, will be setting up my poll for songs for the Fandom Album, and most importantly, I've been cast for the Magic The Gathering Podcast "Voice For All", where we make an audio drama from the Official Wizards Of The Coast Website.

I'm playing Dovin Baan, one of the new Planeswalkers from the Kaladesh set, which is shaping up to be some mad stupid fun.

PODCAST RECAPS FOR 9/3/2016: The Return Of The Rhythm Dadstard

To my number one fan: 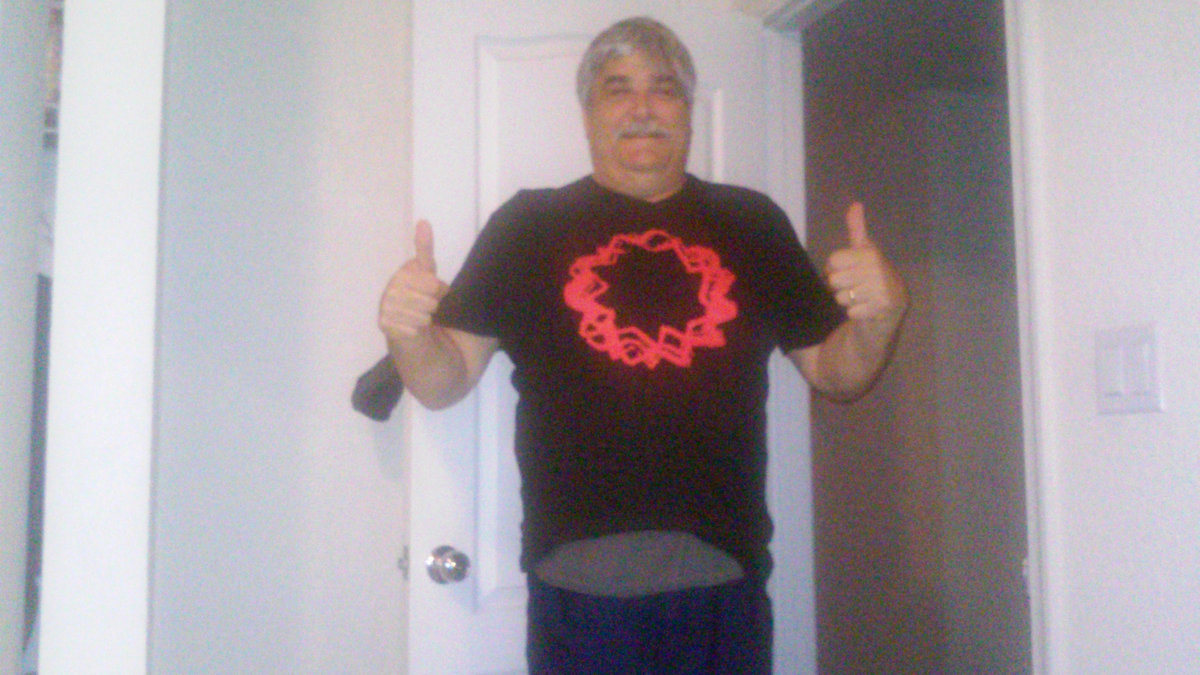 One podcast to recap this week since I'm WAY far behind:
I'D RATHER NOT EPISODE 26

-Observation: A lot of my calls are to friends I want to catch up with.

-This episode was done RIGHT after I recorded something else in a radio announcer/Jonesy Spencer type voice and forgot to turn off the filter.

-Pro Gamer and Mediocre At Best Magic Player Day9 is doing a playthrough of Toonstruck, and that's what made me think of this question.


-According to Wikipedia, "noids" were the name for normal people, and "doodles" were cartoons. When "noids" are killed by "doodles", they're reborn as "doodles" in Cool World. I feel like I need to watch Cool World, but my time would to be better spent watching Who Framed Roger Rabbit? again.

-Steven Universe is one of those shows where it supposedly has this rich deep lore, but I watch episodes years apart, and still be OK.

It's amazing how outdated these things become when they;'re released because wrestling changes faster than Scooby-Doo.

-Max Steele I remember being a meh CGI cartoon, and there was an episode with Tony Hawk for some reason.

-Scrooge McDuck being a badass:

-Time police from SuperJail! look like the Dream Police from Cheap Trick:

-And with all that, I'm going to leave you with the sick MC Lars track, "The Dip":