Remember, the show is at 4 PM in the Omni International Room.

I still need to determine what other panels I'm going to, but I'll be there! Even Thursday has looked really exciting!


JAM OF THE WEEK: "Canary In A Coal Mine" by The Police


OK, I only picked this because I JUST found out that it's very possible Zenyatta from Overwatch was named after a Police album, Zenyatta Mondatta. 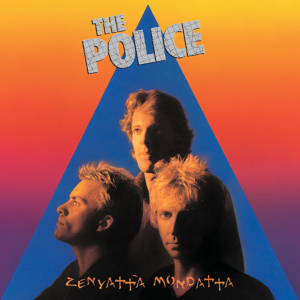 Zenyatta is one of the playable heroes in Overwatch.

Mondatta was the Omnic Monk who was assassinated in the "Alive" short.

We all caught up? Good.

I never associate The Police with words like "Happy" or "Upbeat", but it turns out The Police can turn out a good summer jam, eh? "Canary In A Coal Mine" is a fast paced reggae song about someone who's a hypocondriac. It's not deep or difficult to play, it's an enjoyable song from a band I usually associate with more dour fare.

"Don't Stand So Close To Me", the lead track off the album sets kind of a downer tone for the rest of Zenyatta, which is prime Florida Driving Music. Also the rest of the album isn't about pedophilia, which is good.

RICK AND MORTY IS SOME GOOD STUFF

Shocker, right? Imagine if Futurama went more toward the "Twilight Zone", where it's not so much "ALL THE FEELS!", but more like "Let's play around with this concept for 30 minutes and see how far we can take it. For all the WACKY SCIENCE ADVENTURES!, there's this really sad undercurrent to everything. My favorite episodes are where Morty wants to save someone and ends up killing thousands in the process and I always like B-plots focusing on Morty's parent's terrible marriage.

The thing is, you see all of these memes and catchphrases that pop up from the show like "Get Schwitfty", "Wuba Lubba Dub Dub!" and "I'M MR. MESEEKS!" and you see them on T-shirts from Hot Topic and shouted at cons, but those are within the first 5 minutes as the launchpad for the rest of the episode.

It's streaming on Hulu and Adult Swim, so check it out!
Posted by Rhythm Bastard on 5/25/2017 No comments:

LESS THAN 20 DAYS UNTIL MOMOCON!

Mostly what prompted me to finish this was God-Bird's really good cover that I photoshopped to hell.


Most of this was written back in January, but as with me, other shit got in the way and I've found the motivation to finish it.

JAM OF THE WEEK: "Die Anywhere Else" (as covered by RichardEB)

Anyway, while I haven't played Night In The Woods yet, it looks like a really neat experience. "Die Anywhere Else" makes sense within the context of the game, which is about a girl who drops out of college and returns to a boom town that has busted. Her town sucks, but now she has nowhere else to go. Jeff called it a "furry millennial simulator", and from what I heard about that game, it seems #relatable.

There are TWO ways you can cover a song about sadness and leaving your : Extremely dour ala Gary Jules' "Mad World" or THIS.

Richard's cover amps up what was an 8-bit cover of a The Cure song into something that could easily be in the Top 40 charts somewhere in the time between "Sugar, We're Going Down" and "Misery Business".

I might throw in a couple rarities, it all depends how deep cuts I should put on, and what I have access to.
Posted by Rhythm Bastard on 5/08/2017 No comments:

Status Quo Sunday Is Back On Time

Remember to vote on the songs for the upcoming Fandom Compilation! Polls are on the right! 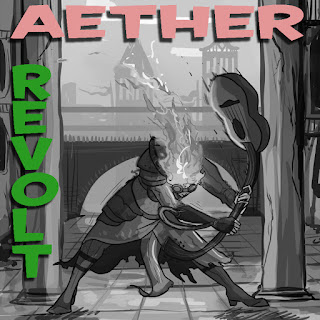 Along with a "single" version with some extra goodies. It is my long overdue Aether Revolt song, and the single version will include a bonus treat from some of the good people at Voice Of All!

More to come soon, but again, if you want to help raise some funds for Momocon, you can help by purchasing some stuff from my Bandcamp page!

NEW T-SHIRT DESIGN! DOWN TO DUEL? This T-shirt makes it super easy to find people to play Magic The Gathering with at large conventions, GPs, or your local game store! Just check off, or put a pin next to the decks you have on you, and you're good to go!

A shirt idea I've had for a while, since I'm the guy that tries to hit up EVERYONE for a game at cons.

JAM OF THE WEEK: "All The Final Fantasy Battle Themes"


So, I'm working on a... thing... and I was looking to get inspired by listening to some old Final Fantasy battle themes during my drive to and from Soul Crushi- I mean, work.

Hey, turns out some of these are pretty good! The only ones I dislike are the Dissidia remixes; they sound like the Watermelon Pizza equivalent of the original songs. Yeah, I'm sure you can recognize it, but how it's put together is just wrong. It's like saying a Pop Tart is a sandwich.

Anyway, some of these are pretty good, Final Fantasy 6 and 10 probably being my favorites. 13 wins the award for "Best Song Despite How Much I Hated The Game"

I don't have a whole lot to say here, it's just a good collection of the best parts of the Final Fantasy games!


Probably the best Telltale Game and the best Borderlands game?

I might have liked Ep. 4 a tad more, but this ties a nice little bow on everything.