Open Mic Night/What I Use

So I had an Open Mic Wednesday night, it was a clusterfuck, and I'd rather spare my dignity and not write about it. My guitar playing was fine, but I forgot the words, and it took us forever to set up.

Recently I've been making backing tracks to some of the songs I cover that aren't on GuitarBT.

For the drum parts, I use FL Studio. Working on Clash City Rockers right now, and unfortunately there are alot of patterns to work in that are small fills used exactly once.

For bass parts, I plug my guitar into my PC using a USB-guitar cable, and then tone it down 12 semitones in Audacity.
Posted by Rhythm Bastard on 9/25/2009 No comments:

Hey everyone, just a quick update or two.

First, I'm working on "Welcome Home", mainly the solo.
This video has shown me a lot.

Also, I just found out that-

Kanye: Yo Rhythm Bastard, I'm really happy for you, I'mma let you finish but Iggy Pop had one of the cameos in a rhythm game of all time! 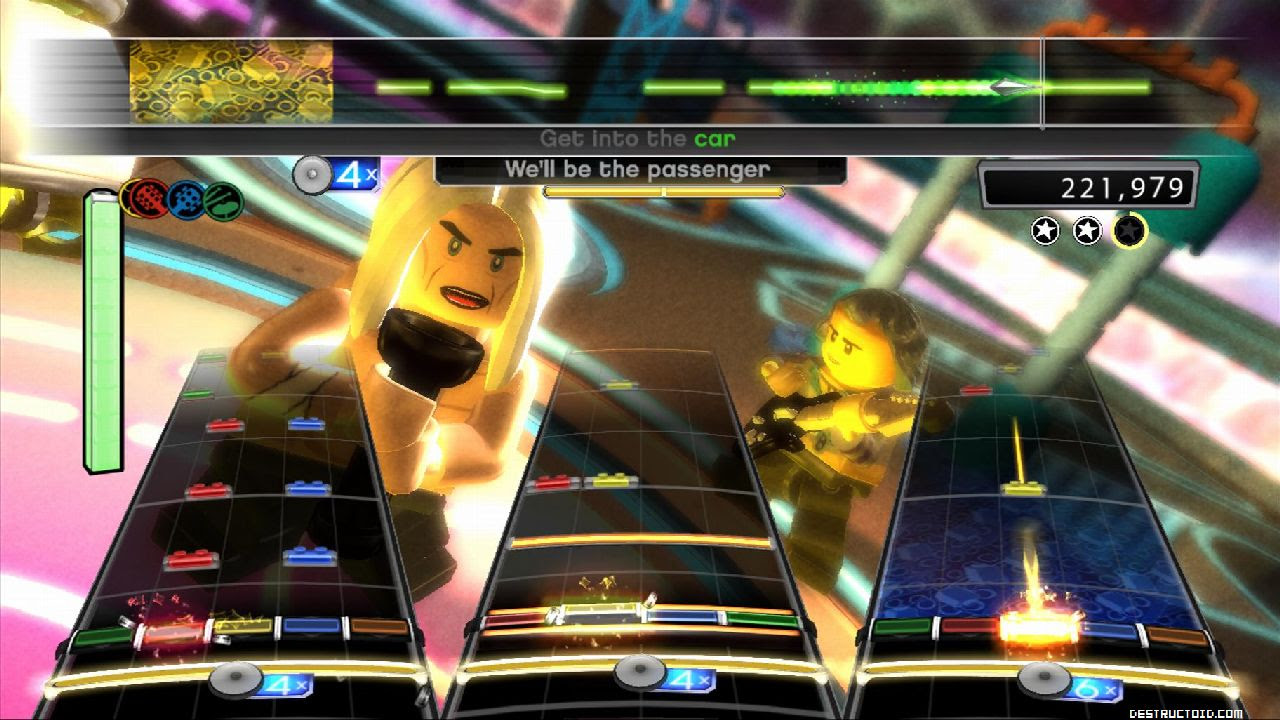 I played this game with m' droogies at the Commuter Lounge and I have to say, it's very well put together.

There's this cool stuff going on in the background, called "Dream Scapes" during certain songs. It looks very nice, and it shows just how much work was put into the game.

Work, I'll ultimately ignore. It's not that it's bad by any stretch of the imagination, it's just that 1. I was expecting a little more song for my dollar and 2. I don't feel the relevance of the Beatles that much.

It's still miles ahead of the competition, but right now, I'll pass.

Nevertheless, you WILL know a lot of the songs, and it's still the same old, fun in a group Rock Band.
Posted by Rhythm Bastard on 9/14/2009 No comments:

Just figured I'd post this up as a consolation, seeing as I'm in Engineering and whatnot:
TVTropes- Scientific Progress Goes Oi!
Posted by Rhythm Bastard on 9/09/2009 No comments:

Second Week DLC:
"I Am The Walrus" covered by Steve Ouimette

THE FOLLOWING IS THE TRANSCRIPTION OF A PHONE CONVERSATION BETWEEN THE RHYTHM BASTARD, AND NOBODY IMPORTANT.

RB: Hey Phil From Accounting, you know what would be awesome for my 150th post? If I played "Tambourine Man" then shot my blog out of a cannon in the middle of Kentucky.
PFA: Mr. Bastard, can you ever call me sober? And with an idea that isn't horribly impractical or expensive?
RB: First off, that's King Bastard to you, and second, thank your lucky stars you're still here.

PFA: Hmmm...
RB: Well, do you have any ideas Mr. Fancy Pants?
PFA: I mean, since the songs you're working on now are so hard and will take a while, why not update with another bonus song?
RB: Like what?
PFA: I was thinking that one song released in later iterations of GH and RB that you won't get to in-
RB: *fap fap fap* Sorry, that was REALLY boring.
PFA: Were you just-?
RB: No, I was making the noises with my mouth. Pretty convincing, huh?
PFA: Anyway, back to my idea, it's a song by an indie band that was at All Points West, called Vampire Weekend called-
RB: Just kidding. It was your ex-wife.
PFA: (sobs)
5 MINUTES LATER
PFA: (still crying)
RB: Hey, I looked it up, and the song you were think of was "A-Punk" by Vampire Weekend. It's not very punk. It's like the Diet Coke of Punk: 1 calorie. Not punk enough.
PFA: Did you just quote Austin-
RB: I'd fire you for being so incompetent, but your ex-wife puts out as much as Scout's Mom. I should write a song for one of them...
PFA: (sobbing resumes)
RB: Anyway, I was gonna do a REAL punk song. Something Green Day covered maybe...
PFA: (dook dook dook)
RB: Right-o then.
PFA: I'll update the setlist...

Like Blitzkrieg Bop, if you have ears and fingers, you can play it.
Posted by Rhythm Bastard on 9/04/2009 No comments:

An article on Wired gives us some new insight on upcoming Rock Band songs, particularly some stuff on Lego Rock Band:
"The Passenger" by Iggy Pop
"Let's Dance" by David Bowie
"Ruby" by The Kaiser Cheifs
"We Are The Champions/We Will Rock You" by Queen

And some songs that I didn't know were on it before:
"A-Punk" by Vampire Weekend
"Aliens Exist" by Blink 182
"In Too Deep" by Sum 41
"Tick Tick Boom" by The Hives