MIZUCON RECAP
Boy, where do I begin?

-I FINALLY got to see "Cosplay and Me", a documentary by some of the crew behind Just Guys Playing Games,

-MY SHOW! I played really loud, got to preview a new song and then I had some drinks afterwards. Yeah, it was deece.

-Playing a shitton of One Night Ultimate Werewolf. It's really fun to piece things together and have everyone work together. Until you play as the werewolf and your eagerness works against you. At least I don't get killed in the first round because I have a hairy chest.

-Mega Ran's show! Good as always, and I picked up some of his albms I was missing, so I listened to Black Materia and Mat Mania: The Revenge on the way home.

-Speaking of Mega Ran, he was kind enough to be on commentary with me for MIZU-MANIA! I do plan on doing more of these events at other cons that lend themselves well to clever puns. I'm taking suggestions for the names of my virtual wrestling empire.

JAM OF THE WEEK: "Tifa's Theme" by Mega Ran


Really, I'm not necessarily picking the song because of the tune (FF7's music will always be considered excellent), or the vocals (It does paint a sweet picture). No, this gets jam of the week because I saw him live, and it gets even better live.

Why? First, he gets the audience to sit down on the floor as he tells the story between Cloud and Tifa like a parent telling their children how they met the love of the their lives. Then, at the end, it launches into a rendition of Biz Markie's "Just A Friend", which is one of the greatest sing alongs ever.

FUTURE STUFF
So, my next show isn't until (presumably) Anime Iwai, and that means I have more than two months to work on new songs (which I have a queue of), fix up my live show and design some new merch. Also, I'm thinking of some other longer running projects, like a Patreon. I figure now is the time to do some back end stuff while I have some time off my regular day job.

SUPLEX SAGA UPDATE
Suplex Saga, while a very solid idea, is not likely to make its Kickstarter Goal. They're still intending on making the game, which is great, because I'd like to see it come to fruition.

However, I'd like to work more game soundtracks in the future!

Status Quo Sunday Fights With Literally Everything All The Time


MIZUCON AND WHERE TO FIND ME!

SATURDAY
COSPLAY AND ME SCREENING
1:15 PM-2:00 PM
PANEL ROOM 1
I was a part of this movie, and promised the filmmakers I'd be a part of at least ONE of the Q & As. It's been making the rounds a couple of the Miami cons, and I have a music video in there!

SUNDAY
MEGA RAN WRESTLING CHAT
1:00 PM- 2:00 PM
I likes me some Mega Ran and some wrestling


MIZU-MANIA
3:45 PM- 4:45 PM
I likes me some wrestling, and I likes expanding my brand. I did something similar in the AFO Rumble, so I'm bringing that brand here to Sooooouuuth Florida!

JAM OF THE WEEK: "Imperfect Cells" by Richie Branson

Richie Branson has had quite a couple of years: he was diagnosed with cancer, got treated, it went into remission, then got hired by the Bleacher Report to do memes, and is now getting around to his long awaited Kickstarter Project: "From The Underground To The Stars". He's best known for songs like "Bring Back Toonami" and his Otaku Tuesdays series of EPs.

"Imperfect Cells" is basically his comeback track, going over what happened since the Kickstarter started. It's catchy, it's sunny, it's everything it needs to be. Hell, it's even apologetic at times, telling everyone that he's sorry for the wait like three times. 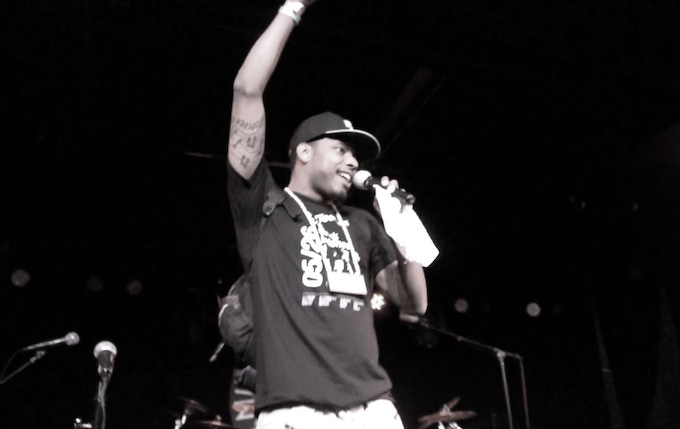 "Both Sides" Means Implicit Support Of The Status Quo Sunday

JAM OF THE WEEK: "Goodnight Alt Right" by Stray From The Path

Given current events, this only seemed appropriate. Everything that should be said has been more or less covered already about the Neo-Nazi/"Unite The Right" rally in Charloettesville:
-This is fucking bullshit after we fought 2 wars about this (Civil War and WWII)
-The idiots chanting white power slogans have never faced real oppression, as in their existence is not being legislated away, they're squabbling about convenience. The only "positive" trait they have is being born white.
-White Nationalist and Neo-Nazis are our bankers, police officers, neighbors, etc. and to recognize this as happening NOW, is to be ignorant of the struggles everyone else went through.
-This:

But two things I don't see as often:
1. In a way, as a white male, I let this happen. Not in any obvious ways, but there have been jokes or comments I let slide from fellow white dudes because I was either too afraid of conflict or wasn't "prepared". Most of the time, a "Dude, what's your problem?" will suffice.

2. MC Lars tweeted out "The Alt-Right Are Not Punk Rock". I wrote a piece a while ago speculating if punk could be right wing, and I came to the point of "Reject labels, you do you", anyone can play power chords, etc.

Now? My answer would be vastly different, considering all that had happened in the past 8 years. Especially now that a lot of conservative commentators on YouTube are claiming that they are the new "punk rock"

It isn't rebellion of the status quo: This is the status quo, just yelled louder and more aggressively. When you believe that women and minorities deserve less rights and should be even MORE marginalized, and a governor in North Carolina is signing a bill for the same thing, you're not punk rock.

The Neo-Nazis that call themselves the Alt-Right thinking they're punk is the equivalent of rebelling against the doom metal scene by forming The Chainsmokers.

It slowed down A LOT, but it's still going on!


ALL RIGHT, WHAT ELSE YOU GOT?
I am working on new material and hope to premiere a new song at Mizucon!

It should have a new piece of merch to go with it, when I'm ready to release it, since, like Deep Space Tragedy, I've yet to put it to an actual MP3.


SUPLEX SAGA IS NOW ON KICKSTARTER

I've been keeping this under my hat for too long, and now it's out there!

Suplex Saga, a wrestling themed RPG game that I did music for is now available on Kickstarter! It looks really fun from what they've shown me, with Chrono Trigger style graphics and Paper Mario style combat!

JAM OF THE WEEK: "Suplex Saga Music" by Rhythm Bastard

That battle theme is probably my favorite thing I've written. The main beat behind it was that I had the idea to use the cadence of wrestling chants as a rhythmic guideline.

Once I had that, it was very simple to write. It wasn't easy, since I did a lot of research into my favorite RPG battle songs and had to pick out little elements that make them workm but I think what I have here can hang with the best of them.

I'm glad we have new Rick and Morty. The past episodes have been a little off, and little heavy with the whole BETH AND JERRY ARE DIVORCED plot that's the new driving force, but I came for goofy sci-fi mixed with dark humor, and that's what I've been getting.

This? I just like that hook. Let Morty's pleading fill you with warm fuzzies and uplift you in the sad times.

Like most stuff you see out of Rick and Morty, it's easy to put on a T-shirt, or in this case, remix, but gets miserable when you put it in context. Mr. Meeseeks are blue creatures that make have a violent knee-jerk reaction and Minion flashbacks, but serve to highlight how fleeting some of the things we want can really be. Contrast how easily they were able to handle Summer's "I want to be more popular" and Beth's "I want to be a more complete woman" which sound very abstract vs. Jerry's "I want to be better at golf".

Or this past week's episode with Pickle Rick. Rick turns himself into a pickle to get out of family therapy.

"I Am Alive" is remixing Robo-Morty achieving self-awareness.

GAME TALK
So, after hearing fellow podcast hosts Mystakin and Weff jerk their dicks over how fucking great A Link To The Past Randomizer was, I decided to fill in some of the gaps in my Super Nintendo To Play List (since I went right from the NES to the N64). I'm having fun with it so far, and you can see my progress below:


I also beat Hotline Miami, while difficult, was way better than say Nuclear Throne of Dark Souls in the "Here's where you screwed up" category. Still, I get its reputation as "Indie Game Series Worth Checking Out".

Mizucon has been on an upward swing in the past couple years. While they lost the 3000 Brigade, with some bigger guests like John Swasey and Mega Ran, and a new location it could be getting better.

I also submitted for an AFO Rumble type event called Mizu-Mania!, but I'll confirm that when I getmy hands on a schedule. I can promise new songs and new merch though!

JAM OF THE WEEK: "Money Grabber" by Fitz and the Tantrums


Fitz and the Tantrums are one of those bands who are technically indie, but their songs are used in a shitton of commercials and video games. Part of this is why I can't stand the Alt Rock stations anymore because this is the sound that all alternative bands getting radio play sound like: pop music but old. Whether it's pop music made by people who are just older than what's marketable so it's softer, or influenced by older genres, alt rock feels not like an alternative to what's popular in rock, but an alternative to what's popular in Top 40.

But for some reason I've been listening to them a lot.

I was going to pick their song "Hand Clap", but then I realized listening to it, I didn't like it all that much. It was the bland "let's put this in a thing" type music that typified what passes as "Alt Rock".

Then I went further back to their previous album "More Than A Dream", and was going to pick "The Walker". The intro of phasing organs and peppy whistling is dizzying, where your brain is trying to be just awake enough to move forward in line, but you're slowly going insane. I liked that song enough, but I couldn't quite sink my teeth into it.

Last, I went back to "Money Grabber", the song that first got them noticed. THERE WAS EFFORT! THERE WAS ENERGY! Yes, it's yet another throwback jam, but it was the gold at the end of a grayscale rainbow. Michael Fitzpatrick and Noelle Scaggs can show off their powerful vocals, without having to drone through 90% of the song like "Hand Clap".

Huh. This hasn't been a Pick as much as it has a treatise on the state of indie rock, but I'm not like mad or anything. I just need to keep looking.

\
I'm playing around with Fire Pro Wrestling, and one thing I've been doing on Saturday Nights is stream a mini e-Fed made up of mostly ZoneCast personalities.

This past Saturday was kind of a bust since I had to wrap up early, but I'll be redoing it Tuesday Night.