This Week's Status Quo Sunday Has A Picture Of Me Flexing In It, You're Welcome

ANIME IWAI SCHEDULE IS OUT! 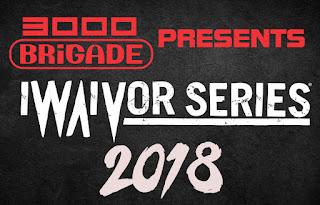 A Tag Team Throwdown where you and a partner can pummel your way through the competition to win the Championship Belt in some old school N64 Wrestling games! There will be thrills, chills, spills, and maybe one of the commenters will wear sly costume! Flashy outfits and ridiculous promo cutting encouraged.

We will also be playing Smack Talk Showdown to break any ties.
The belts are looking really nice this year, and actual effort is being put into them!


SATURDAY! 3000 Brigade Presents: Red Carpet Brawl8:00 PM to 9:30 PM, MAIN EVENTS
This year's 3KB Extravaganza! A smashing Smash Bros. Show! Who will show? You'll have to go to know! Sexy dances, pulse pounding action, and a beloved Nintendo Character may or may not die!
Also, here's me as Wii Fit Trainer from last year's show: 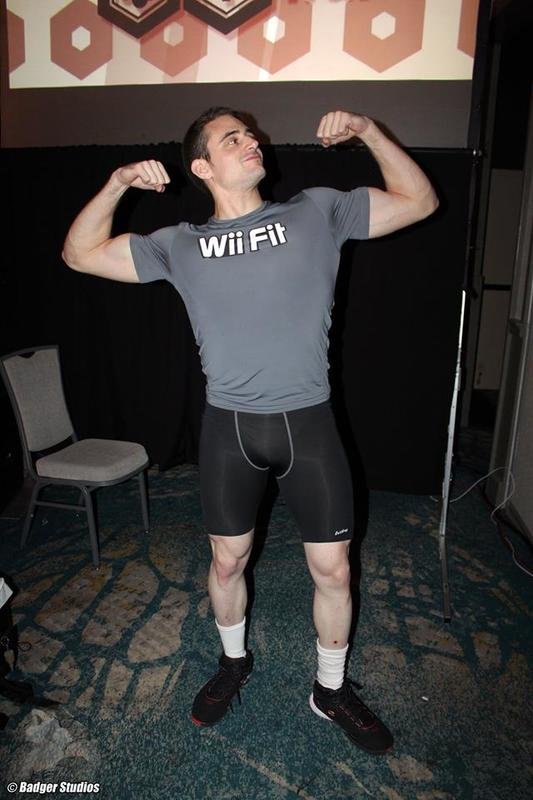 I look even better from behind ;)

I can't say who I'm going to be in this year's show, but it will be making the most of my beefiness. There is a piece of fanart I would like to recreate if I got 1000 Facebook Likes or something like that, but it's too close to do such a thing.

Afterwards, there will be a Meet and Greet where we can answer all your questions in character.
There will also be another event on Saturday I Might be a part of, but that's All tentative.
SUNDAY! Hardcore Nerdcore Punk Rock (aka my concert!)3:00 PM to 4:00 PM, Panel Room 1
I've been working on A LOT of new stuff, and I'm going to be playing it live to close out the show!

I'll also have copies of Dino Hunter MD: The Sound Track back on sale, and of course the usual headbanging madness that ensues. A lot of stuff I did at Mini Iwai worked well, so I think I might have done something right for once... 10 years in...

SPEAKING OF 10 YEARS IN...
This Saturday at 8 PM, I'm going to be doing what the original purpose of this blog is/was:

Playing through all of the songs from the original Rock Band on a real guitar...

That way it's all organized, less stressful, and I can even level up certain parts if I want to git good as a little incentive.

JAM OF THE WEEK: "Hellbent" by Mystery Skulls


The latest in the "Mystery Skulls Animated" Series, this covers a track from Mystery Skulls's 2014 album, Forever, "Hellbent". The rest of Forever is slower paced, meant to let the lush tracks more room to breathe and be felt. "Hellbent" is WAY MORE AMPED UP, but it doesn't suffer at all.

Even the music video, animated by an independent team lead by MysteryBen27 is able to keep up. What I loved about previous animated outings, "Ghost" and "Freaking Out" is that there is movement on every beat, even if it's a simple head bob. Obviously, it's a faster song, so the actions are going to be closer together, but it's all spaced out enough to where it's not confusing.

HOWEVER, the same is happening to this series as what happened to Kingdom Hearts: The first one starts off on a simple premise, the second introduces more elements, and the third builds on it even more as it goes deeper and deeper into its own lore.

Also, here the song doesn't start until about 2 minutes in. The story is still easy enough to follow, and everything is clear enough on a careful watch.

Even if you want ALL THE LORE, you only have to watch 12 minutes of well done music videos, instead of 100+ hours of gameplay.
Posted by Rhythm Bastard on 10/16/2018 No comments:

JAM OF THE WEEK: "Immigrant Song" by Hotei


Hotei is Japanese guitarist best known for his instrumental song "Battle Without Honor Or Humanity" that's been featured in numerous movies, most famously "Kill Bill Vol. 1".

Here, he has covered the song "Immigrant Song" by Led Zeppelin.

AND IT GOES SUPER FUCKING HARD. This isn't a "Jam Of The Week" so much as a Public Service Announcement. The EDM flourishes make it feel more intense and have the song hit harder, as it shoves the rest of the sound spectrum out of the way to make some room for that iconic riff.

Led Zeppelin's version doesn't feel weaker after this, it feels sweeter. There's WAY less going on in the background, and it gives Robert Plant's vocals more room to shine. You can barely hear Hotei in the cover, and it doesn't matter because
Posted by Rhythm Bastard on 10/08/2018 No comments: