Now, unlike most songs where I reconize the tune, but not the name of the song, this is one of those songs where I've seen the title, but never bothered to listen to the song until just recently, and as a song with jangly guitars, fast lyrics, and a sound straight from the 70's, I was naturally intregued. It was available for the Rock Band Network, then taken off.

Right, this is Sunday, right? Uh.... Damn, keep kayfabe, don't tell everyone how hype you are at 360 Backwards compatability, the new Star Fox game and the bazillion other games at E3....


Which dovetails nicely into my second point... 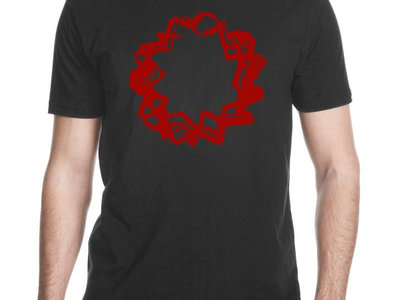 RHYTHM BASTARD T-SHIRTS ARE NOW ON SALE!
You don't have to worry about shipping, I want to see how the first couple orders pan out first.

Other than that, I moved all my stuff off my laptop to my desktop computer, I'm working on new material, and just generally cleaning house on certain things in the future.

On Sunday WHICH IS TODAY, two major events competed for my attention: Money In The Bank and the Nintendo World Championships.

MITB was underwhelming and when I found out Shaemus won the contract, I stopped giving a shit. Rollins vs. Ambrose will never not be golden, but, eh....

But the Nintendo World Championships? SUPER HYPE! This needs to be a thing at EVERY E3, especially now that speedrunning and Let's Plays are more of a thing.

I started watching about halfway through, when the second round began, and they were playing Metroid: Federation Force. One cool thing they did is that if you didn't place in a round, you went to a loser's bracket and played a game there. If you won that round, you were still in the loser's bracket, but you stayed in the game.

That was Super Metroid, where there first one to beat the end section got to stay in the game. Then Mario Kart 8 (top 3 finishers of a 3 track cup), and Balloon Fight of all things. Arin from the Game Grumps lost the Balloon Fight elimination round by a hair. Turns out he's pretty good at video games when he doesn't have to talk over them.

After that was Super Smash Bros. and the final round was Mario Maker, with ridiculous levels designed by Treehouse members. I think that, more than anything else, sold me on the WiiU. Between the Kazio insane levels, music making ones as seen in Little Big Planet, and, GUARANTEED a functioning computer system.

So my goal for this week, expect to see my MTG songs on YouTube, and a couple videos from me. This weekend is Treasure Coast Comic Con, so I'll be heading there to hand out a couple business cards.