I've been bragging to EVERYONE I know about this game, and they all ask the same question: "When is it coming out?"

I know it seems like a long way off, but I'm getting more and more involved with the process, so at least we know the game part is going to be solid. Retromania is a passion project of one man, and he wants the game to be 100% his, which I get. While the game is coming out later in a year with more competitors (possibly), it also means it's more likely to stand out, with pick-up-and-play arcde gameplay, and music by Mega Ran and myself. Three months is more time to grant this project more possibilities, and I'm honored to be a part of it!

Last Saturday, on the 14th, Anime Iwai had an event highlight various streamers in the community, and also showing off a couple planned shows. One of which being our Digital 3000 Brigade show. A lot of it is highlight footage, and videos from Taste Of Dragons, a gaming podcast featuring some 3KB members.

However, there were a couple original bits, including a couple sketches that were written by me. It was freeing to have a lot of us really delve into a particular niche we're interested in and find the humor in that. Some people even got the Resident Evil Outbreak references we made!

Later that Saturday was a stream of Mario Party 2 I did with some friends, and that worked surprisingly well. I think next "end of month" stream should be something like that with Patrons, with ones at the $5 tier being the top priority.

This track is familiar to my Patrons, but I released in on Bandcamp, because why not? Kudos to Marlent from the 3KB for doing the makeup and taking the pictures because she KILLED it! She did the makeup for our "The Whole Being Dead Thing" sketch from our digital 3KB show!

The cover art is an homage to David Bowie's "Heroes" cover, who I was trying to channel while writing this song, along side other new ave acts like The Cure and Joy Division.

Primarily, my inspiration for this was the webcomic Lore Olympus, which is a melodramatic retelling of the Greek myth of Hades and Persephone. It has a very nice art style and a bouncy sense of humor. When I first discovered it, I binged it in a course of 2 nights!

JAM OF THE WEEK: "Touch-Tone Telephone" by Lemon Demon

Neil Cicierega has done SO. GODDAMN. MUCH. Potter Puppet Pals, his Mouth series, Ultimate Showdown, BrodyQuest, THE LIST GOES ON.

This is with his original project, Lemon Demon, and its most recent album, Spirit Phone from 2016.

Goddamn this is one bouncy number. Especially considering the intro and outros are acapella, which I sure as fuck can't do. However, what I like the most about is the unconventional delivery. It gives the intention behind these absolutly weird lines room to breathe, and from these disconnected bit you can see a bigger picture. I actually found out about this via Adler The Eagle, who's been streaming Roller Coaster Tycoon on his Youtube. 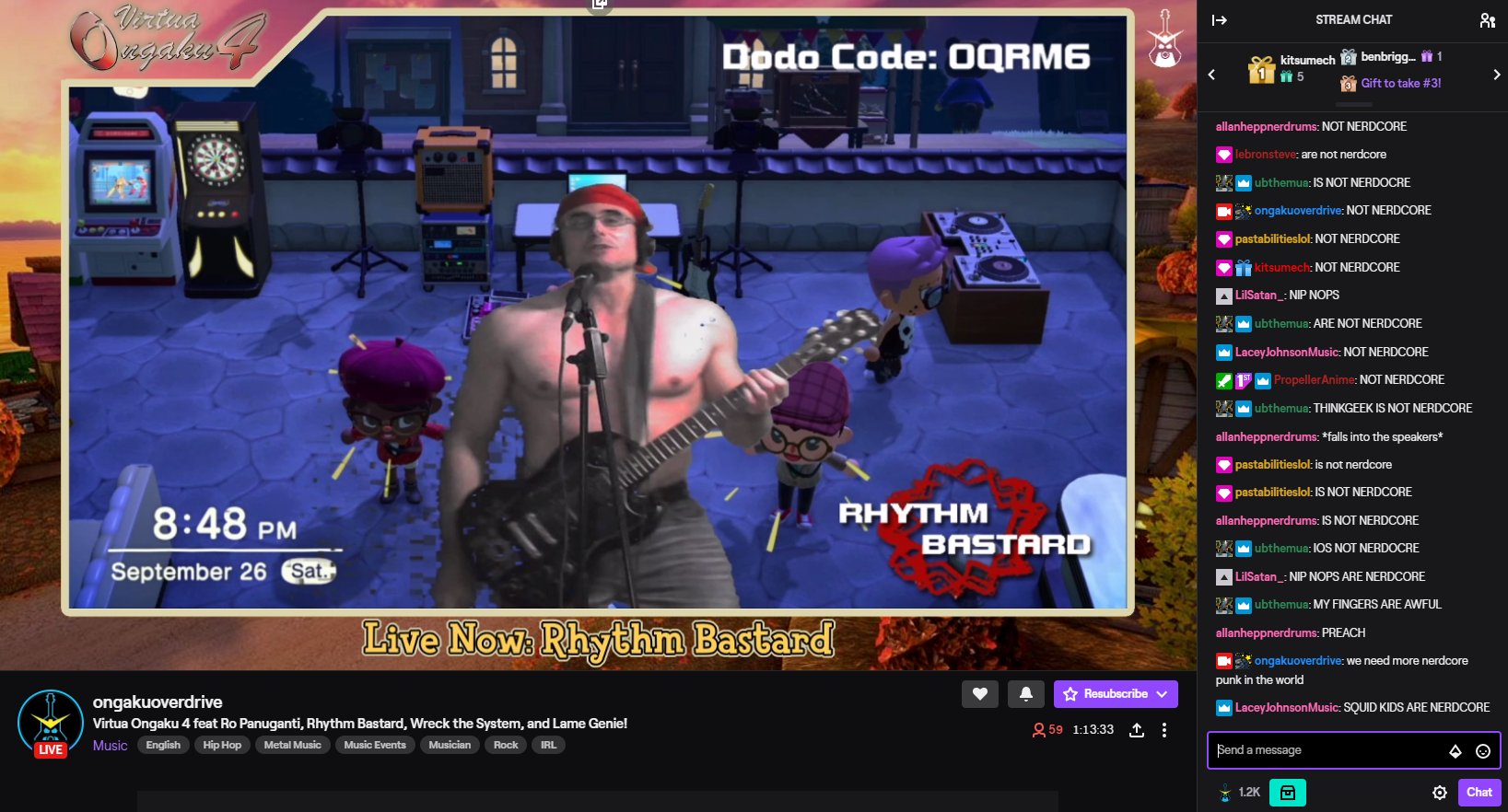 A Status Quo Sunday Of Furries and Finishers

Megaplex was one of the new cons I played last year, and despite some tech complications, I loved it.

This year, like most cons, it's going to be online, so add that extra bit of interaction, I'm opening up my island so everyone can come up and MOSH! (by Mosh I mean Hit Each Other With Nets)

This is a little collection of the Entrance Themes I did for Retromania Wrestling, which lead to...

After seeing they made a full video with all the entrances, and people ACTUALLY LIKED THEM? I made a video explaining my process!
Posted by Rhythm Bastard on 8/16/2020 No comments: I'd Rather Not Episode 130: "Oscar Killed Bernie vs. Burger Rat

Yes, I did do a burger rat sketch: 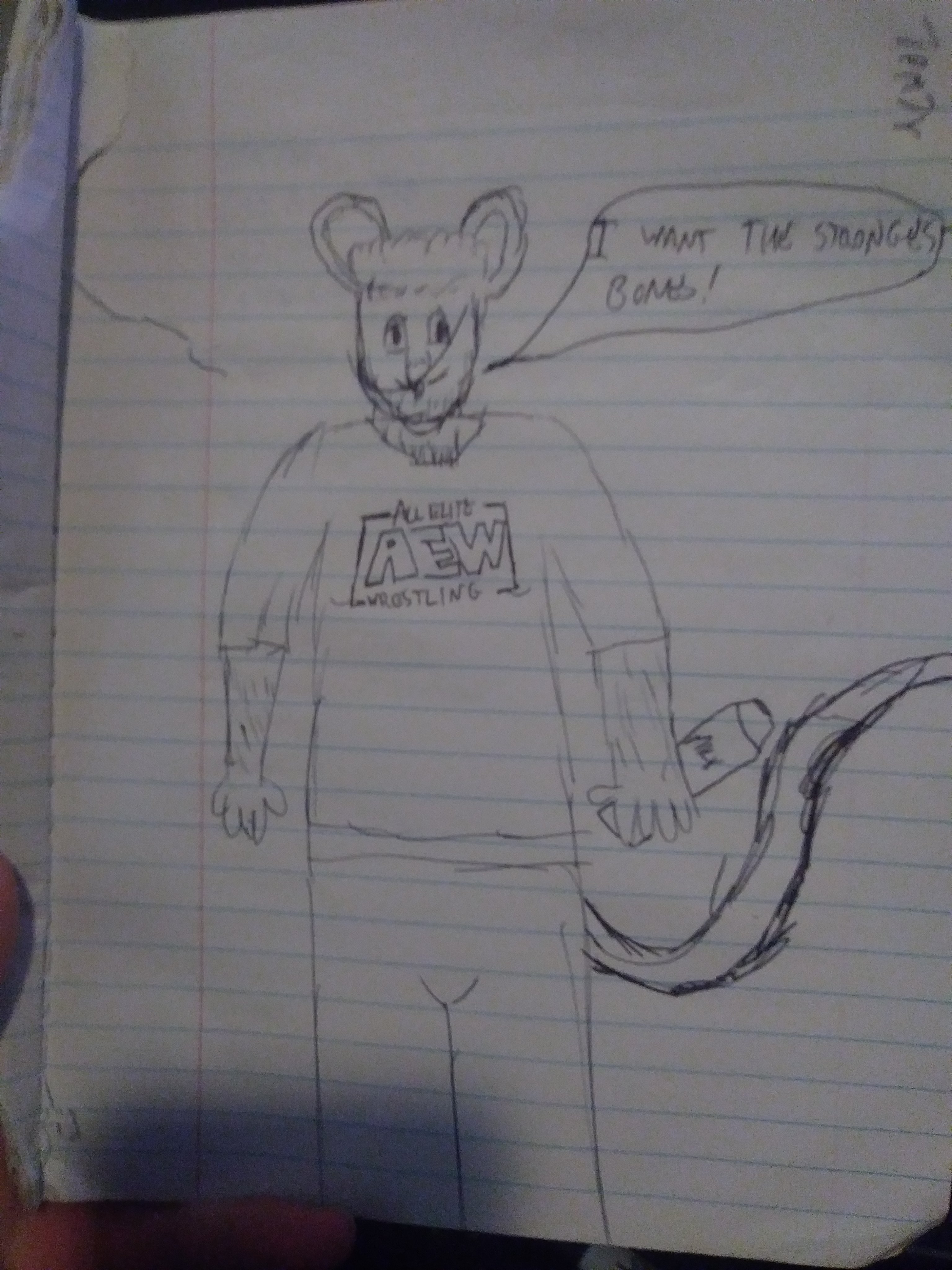 RPG Pals Club S3E1: Animal Crossing Special Episode 1 - Squirrelock Is On The Case!
Join Pete, Sagat and Squirrelock, three cute animal friends living on a totally chill island, as they try to find the owner of a mysterious book.