What Happened To The Bunker?

So, to all 2 1/2 of you wondering what happened to my radio show on Ozone Radio, and why I've been slacking off, here's the deal:

It's not that I'm no longer interested in doing it, it's just I was sick of going in without some kind of plan, so I never really psyched myself up for it.

But then podcasts happened.

This means two things:
1. I want to do more "stuff" to give the show some kind of structure, and some kind of incentive to listen to it, like interviews, radio drama that I played maybe once, weekly Rock Band Battles, and something I call "The Yahtzee Crowshaw Game", etc.
2. Downloadablitiy. Being available 168 hours a week is more than just the one. Since I play licensed music I'll either have to cut it out of the "released" version or host it on a place that doesn't care. At least if you miss the show, everything else you'll still be able to catch.

What do you all think? Drop a comment or e-mail me at rhythmbastard@gmail.com

It will most likely return next Thursday at 9 PM.

GIVE US MORE MUSIC!

Oh, OK. Yeah, I'm working on a song for Rock Band Network, but I do have some stuff in the can, and will get to mixing. So, you know, calm your nipples.

Maybe, I'm just finishing up this-

FINE, BE A PRICK!

This week:  "Fuck sense! And live music too!"

As explained by friend David: "You see, back when they were making videos in the 80's, they didn't really worry about things like 'making sense'. So people would just like teleport and move shit around and do all these crazy things and it was awesome!"

This video is so deep, and every shot is so dense, it would take me an hour just to explain it to you plebs, but it's about a man paying tribute to his religious beliefs and how it can guarantee you success.

In the beginning we see a sun wearing shades signing, signifying that the artist pays tribute to a higher power, such as God, as the sun begins the song.

With "God" on his side, he is assured that he's "Da Bes" He removed the T, because the artist himself is not the best, but God is. He took of the T to show humility.

The two men sword-fighting represent simple "Good vs. evil" mythology. The kid in the Superman (a traditional "godlike" and "moral" figure)  is on the same side as the sun and has the upper hand for most of the fight. He is facing off against an opponent in a black hat, which has often been used to signify evil.

Email ThisBlogThis!Share to TwitterShare to FacebookShare to Pinterest
Labels: gmcfosho, video of the week, zz top

Rag-Nerd-Rok (sorta) had my music on their podcast again.

Ed, who works on the audio drama "Dead Of Winter" on RagNerdRok, asked me to write some background music for one of the scenes. He wanted something silly, like wh6atever goes in th6e background wh6enever Bulk and Skull (from Power Rangers) are on screen. Fortunately, I had something I was working on before, and it fits in pretty well.

Some podcasts, like WTFPod, and Nerdist, offer compelling interviews with interesting people. Recent highlights for me include WTF's Danny McBride and Craig Ferguson, and Nerdist's John Lithgow.

Some podcasts, like the Mega64 Podcast and Giant Bombcast, are by people who I can listen to bullshit endlessly.

RagNerdRok I like because I can listen to any episode and not feel like I missed out.

In order to get some background on DoW, I listened to the two older podcasts th6at were over a year old. It'-s a minor pet peeve to hear something that's a little dated, like talking about performances that have passed, or talking about games that were just released, but I didn't get that with RagNerdRok. It's subject centric, meaning that the episode is "about" something with little interludes thrown in between.
Posted by Rhythm Bastard on 5/26/2012 No comments:

LIVE VIDEO OF THE WEEK: "Tom Sawyer" by Lil Rush

For their 2008 tour, this was the intro video used for Tom Sawyer.

Because FUCK YOU TRL.
Back when I was a kid, this was in regular rotation, back when MTV played music. TRL, in order to fit all 10 videos in the allotted time, some had to be cut short. This and "The Call" by The Backstreet Boys had these big, fancy videos with the same story: girl wants revenge. Again, they were cut short, so I never got to see the end. Like with the song itself, I stand disappointed after 12 years.
Posted by Rhythm Bastard on 5/23/2012 No comments:

Email ThisBlogThis!Share to TwitterShare to FacebookShare to Pinterest
Labels: nsync, rush, video of the week

A concert and a showing? BOOYAH!

Also, alternative laptop punk rocker, the Rhythm Bastard will be playing the music from the show in it's entirety!
Posted by Rhythm Bastard on 5/22/2012 No comments:

LIVE VIDEO OF THE WEEK: "Fight For Your Right To Party" by... Coldplay?

Very touching, but odd considering that The Beastie Boys feel like they're "beyond" this song.

MUSIC VIDEO OF THE WEEK: "Sabotage" by The Beastie Boys

Question: When does the real video come out?
Posted by Rhythm Bastard on 5/16/2012 No comments:

Email ThisBlogThis!Share to TwitterShare to FacebookShare to Pinterest
Labels: beastie boys, coldplay, video of the week

SO, I've been in a "Support The Little Guy" Mindset since I-Con, so recently I've been hitting up Kickstarter for these projects: "Break Down", a film my friends from Dino Hunter MD are working on and "Punchclock Hero: Holiday Special" from Joe Hunter, who also does Changeling, song coming tomorrow.

I'm usually pretty stingy, but some of these things can be pretty cool.

And how fun it was, and how all my fears about them not pulling it off were totally assuaged.

North Carolina smells and is retarded: 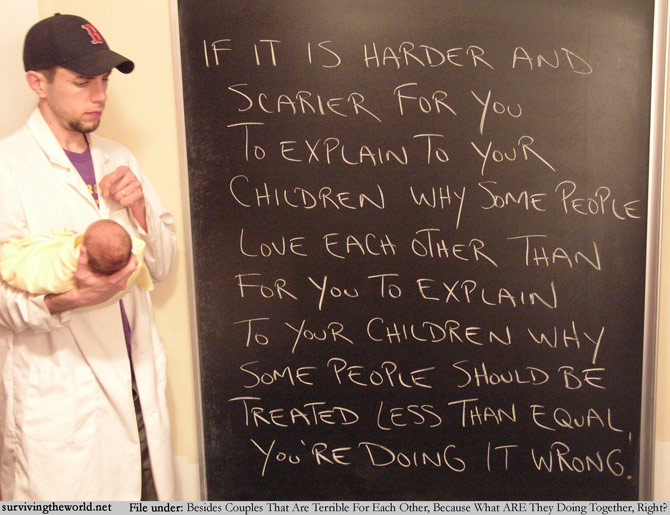 This man has a Batstache: 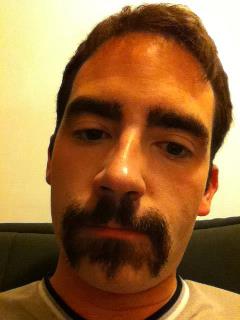 We all good? All right, after finishing my Changeling song, I've decided to start another webcomicky song. More on that tomorrow, this is just a filler post
Posted by Rhythm Bastard on 5/08/2012 No comments:

Guys! Want to get introduced to a new comic AND hear a new song by me?

CHANGELING GUEST COMIC PAGE 2: The Case of the Changeling Song

WAY BETTER THAN THIS SONG:

All right, so,
1. It's been a while since my last post, and 2. For someone makes nerd friendly music, I don't really talk about "nerd stuff" much. I guess I don't have much time to post anyways, so that kind of falls by the wayside.

-Now kids, once upon a currently, there was a show called "Young Justice". My brother liked it, and I haven't seen an animated superhero show since Batman Beyond. We were looking for something to do in the lead up to Christmas, and this filled that void. It's good, and if you're familiar with DC Lore, I'd recommend it. Even for a neophyte such as myself, I get a lot out of it.

So I forget when, but in I think the 5th or 6th episode, there was a character called "Sportsmaster", a mercenary wearing a hockey mask resembling that of a skull. It was interesting, because the name sounded a lot like Taskmaster, a skull faced mercenary. I rock Tasky's logo on my guitar (it helps with covers), so the similarity was enough to check out Sporty's (new nickname) "deal". Now, despite the name similarities, the two are quite different.

-Speaking of which, TM was on this past Sunday's "Ultimate Spiderman", and HOLY CRAP IS THAT SHOW OBNOXIOUS. I get it's not for me, but my God, it's like a Disney show on fast forward. The cutaways can really break the flow, and at a point it doesn't become a cohesive presentation, it's just things.

Though Coulson and Stan Lee cameos were pretty badass.


But I'm not watching that show again.

-Changeling, a comic by friend of the Bastard, Koltreg, is really starting to hit its stride. I also have a song in the works for it, so you might be able to hear that.

-AXE COP IS GETTING IT'S OWN TV SHOW!!

That's it for nerdy stuff! See you next time when I'll most up music videos or crushingly depressing news.
Posted by Rhythm Bastard on 5/02/2012 No comments: