Status Quo Sunday is Drinking Down Your Wine

Holy fuck the holidays wreaked more havoc than usual on my schedule.

This one is based off the newest MtG set, "Unstable"! Blind your foes with Mad Sceince and like 30 backup singers.

No seriously, I had like a lot of people on this. Meanwhile, I only managed to get two people for my Ixilan song WHICH IS SUPPOSED TO SOUND LIKE A ROWDY PIRATE SHIP FULL OF PEOPLE!

This Christmas was... very scaled down for all of us. I'm in between jobs, my Dad's on disability. Mom tries her best, my brother is... not very useful, so money's been rather tight.

Between financial woes and Donald Trump being like WE CAN SAY CHRISTMAS AGIN it helps to have a Christmas song that's like "Hey, sometimes this time of year is fucking bullshit for a lot of people, so maybe we should think about those of us who aren't so lucky."

REAL JAM OF THE WEEK: "Wrestlemania 2000 Main Menu Theme"
<iframe width="400" height="300" src="https://www.youtube.com/embed/uCzqiBjuK3g" frameborder="0" gesture="media" allow="encrypted-media" allowfullscreen></iframe>
I've been playing this ever since I got it for Holmat Slam. While WCW/NWO Revenge was my game as a kid, Let's not kid ourselves: Wrestlemania 2000 is the better game.

Between a bigger roster, more ways to play and a fleshed out Career Mode, holy shit what was I thinking with that other game.

Currently going through career mode as Chris Jericho and my tag partner is Kevin Owens that someone else made. I don't know who, I have the cartridge now.

It's only fitting that this con comes at the end of the year, because A. Both my concert and Holmat Slam went off spectacularly and B. I saw pretty much EVERYONE I knew from the con scene there?

I could only stay one day, and I didn't see much but it was a very fun day. Holiday Matsuri and Anime Iwai, while not the biggest cons, are known for being good "hang out" cons.

All my shows next year, be they a usual Rhythm Bastard performance, or my as of yet unnamed N64 Wrestling Federation will be a lot better, and I'm rejuvenated, between my Patreon and all the success I've had this year to start again in 2018.

For this one, I was going for a more relaxed vibe. That riff is something I was just chilling out with and I wanted to get another song done for Overwatch, so I figured Why Not? Even though I don't McCree AT ALL, "It's High Noon" is a really great lyrical hook.

JAM OF THE WEEK: "Wasted Youth/Everything Louder Than Everything Else" by Meatloaf
<iframe width="400" height="300" src="https://www.youtube.com/embed/XbIds5NWjx0" frameborder="0" gesture="media" allow="encrypted-media" allowfullscreen></iframe>
There's a little playlist I have of songs that get me hyped up to play at a show. Basically, any song that's uplifting, is meant to be blasted as loud as possible and I can yell along to while I'm blasting 80 on the Florida Turnpike.

First time I heard this song was on an episode of The Echo Chamber where Jeff recited the opening monologue unprovoked and the rest of us were scratching our heads.

Then I actually listened to it.

You know, it's a shame that bands like Dream Theatre and Rush get the credit for making epic songs when Meatloaf  can't seem to write a song shorter than 5 minutes. Whoa! Whooooa!! (That was a Crash Bandicoot meme) Look at all this EPIC gaming referencing! MY BODY IS READY! (That's a Nintendo meme) 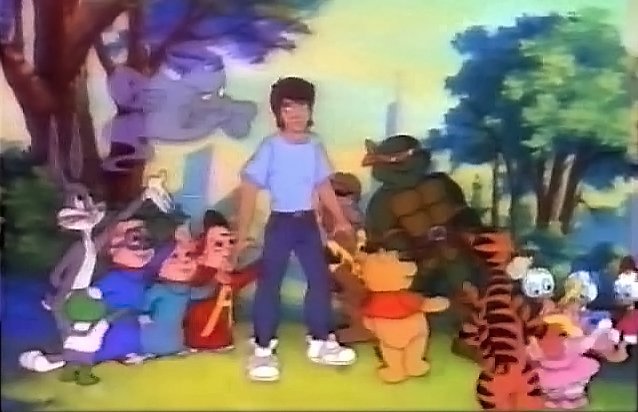 I wish I could live in Osiris with Parchibald and Girl even though 99% of society is decaying in slums!

CHECK OUT THIS T-SHIRT YOU CAN BUY! 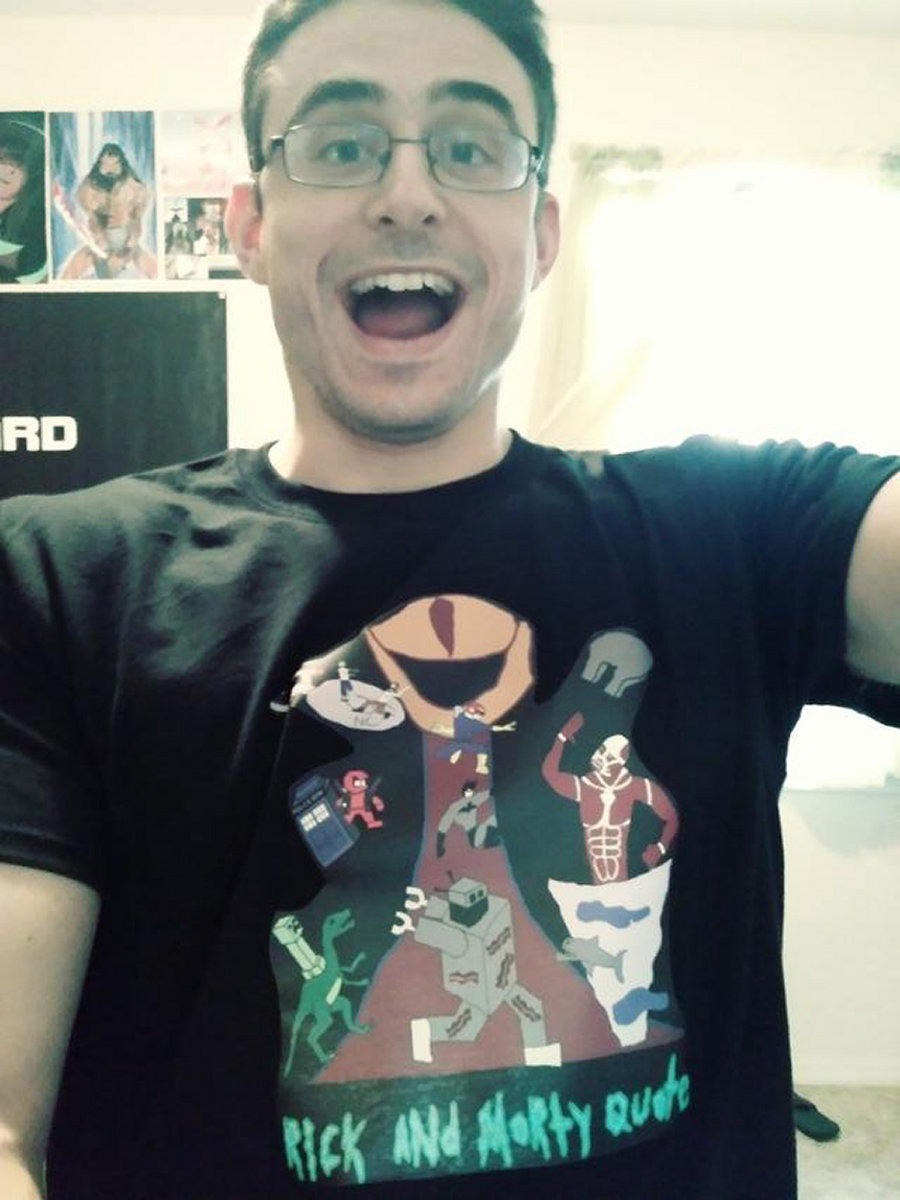 Yeah, I'm doing that cynical thing where I harp on something popular to get clicks my way. And yes, it's passe at this point to hit Ready Player One for all the references and stuff.

"But don't you do the same thing Mr. Makes Songs About Magic The Gathering and Overwatch and Shit?"

Sort of? In the back of my mind, I have a philosophy of "Themes, Not Memes". Basically, I try to find a "hook" to the song. Why does this song exist? What am I doing besides "making a song about a thing"? Mostly what I try to do with my music about a subject is put context and meaning where there wouldn't be. Most of my Magic the Gathering songs are about putting you in a place with a particular mind frame: "We're pirates!" "Let's work together and fight the big scary monster!" "I'm Nicol Bolas and you're going to die but love it anyway!". There's a pitch you can follow along with. Even Axe Cop is written so that you can follow it, even if you don't know what Axe Cop is.

With Status Quo Radio, it was a challenge to make 9 different songs that feel as different as how the Team Fortress 2 classes play. As life changed, and my politics became what they are today, so did the overall theme of the album into something different.

YouTube Video Producer Peter Coffin has a term he uses a lot in his videos: "Cultivated Identity"- identity, who you are and how you see yourself, that has been derived from what is consumed. And when an identity is driven by what you consume, it can be "cultivated", or be reaped for profit by a retailer like ThinkGeek (quirky nerdiness) or Hot Topic (rebellion!) or a production company like Disney (your childhood!) or- well, given the news Disney's all we're gonna get.

It's kind of how I feel about geek culture in general these days. It's not "Let's make this thing good", it's "Oh, ANOTHER thing to add on to the pile". Like, it's impossible to be into nerdy shit UNLESS you catch Game of Thrones, and 7 DC TV series, and are all caught up in the Marvel Cinematic Universe, etc. Because of course you have to buy all this shit. It's "Geek Culture".

Net Neutrality was repealed today and Disney, the foremost manipulator of copyright law (seriously, it extends the length of public domain anytime Mickey Mouse is due) bought Fox, and now owns like 50% of popular culture BUT HEY GUYS THE XENOMORPHS ARE DISNEY PRINCESSES NOW!

So between that and being in between jobs, the world is feeling pretty barren right now.

NEW SONG ON PATREON- "Be The Solution"!

I decided to whip up a song for the new Unstable set because I wanted to sound like Devo.

That AND "High Noon" are coming out AFTER Holiday Matsuri as a 2-for-1 deal because
A. I want some encouragement to come out to my show this week at Holiday Matsuri and B.I'm running out of space on my Soundcloud. All my album tracks will be available, alongside my MtG songs, but some of the older, rougher stuff will be taken down to make room. JAM OF THE WEEK: "Welcome To The Church Of Rock And Roll"
<iframe width="400" height="300" src="https://www.youtube.com/embed/IeyKsWyhHG8" frameborder="0" gesture="media" allow="encrypted-media" allowfullscreen></iframe>

This is from the last album by Foxy Shazam you can consider good, and man that opening is a real attention getter.

Wait, where was I going with this?

HearthArena can be finicky to set up, and didn't show AT ALL on stream, but it works great! While it will take a couple tries to see what it favors, and how 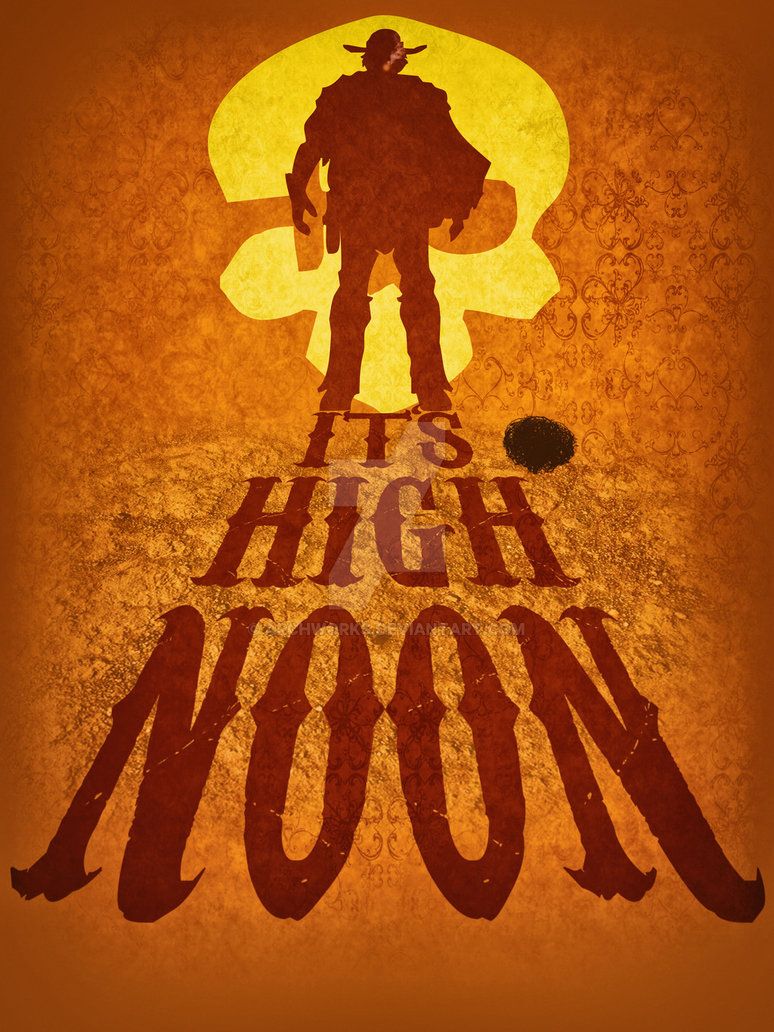 Support me on Patreon if you want to download it, otherwise it's out for streaming next week. So far the reception has been pretty positive, and I can't wait for all of you to hear it!


NEW MERCH: THE MOST EPIC T-SHIRT

The thing from the hit song made real!

"Iron on design on a black Hanes shirt,
Ordered with no time wasted.
Now I'm counting the days til I have THE MOST EPIC T-SHIRT THAT EVERY EXISTED!"

A pixelart Deadpool rides a Tardis into Mordor
As a Minecraft Creeper chased a raptor through a portal
Jedi fought zombies atop the Enterprise,
This shirt is so epic you won't believe your eyes!

A giant ninja robot made of bacon Adamantium
and two kinds of flacon: Captain and Millenium,
helped Batman kill a titan in the eye of a sharknado!"

They OFFICIALLY start shipping out after Holiday Matsuri, then they go up to $15. If you want to preorder, let me know.

JAM OF THE WEEK: "Eat The Rich" by Aerosmith


TFW when the wealth will never trickle down.

Instead of eating the rich, try VORING the rich. They'll last longer and they'll be miserable as heck inside a poor person's tummy.