Status Quo Sunday Gets All Magical Up In This

You can find all my info here!

Submit requests, let friends know about it, do it up! Apparently I have a booth?

What is SUPERCON RETRO? It’s a throwback event to relive the vibe of FLORIDA SUPERCON before it got so big. We’re returning to our old building, the MACC (Miami Airport Convention Center), with a 3-Day RETRO event, and we’ll handpick guests from TV & Movies, Anime, Cartoons, Comics, and Cosplay who we know are super fun to hang out with.

Mystery Skulls's Forever was such a good album, it's like aural sex. Or at least, the kind of sex on a nice bed with clean silk sheets and surrounded by candles. The production was crisp, the instrumentation was lush and the singing sensual.

"Magic" happens to be one of those tracks that best exemplifies this. Nile Rodgers lays down a neat rhythm guitar and Brandy provides backup vocals. While her role is minimal, she is used a hell of a lot better than Janelle Monae in .fun's "We Are Young". Brandy adds that little something that takes me back to the house/R&B songs that were big in the 90's. It's a throwback jam.

I used this animatic music video because I thought the official one was kinda lame. This one obviously took some inspiration from the animated "Ghost" music video, but that's not a mark against it at all. It's rough and janky, but it manages to tell a more powerful story then "metal people fuck and make a galaxy" like the original.

Went 4-4 after a HELL of a fight back. Ended up going with an RG Energy Deck, the only good card I pulled was an Ajani, Unyielding. It was a relief to not have to sort everything out and just show up and play. REALLY convienient!
Round 1, lost to a stupid misplay. Round 2, lost to a beatdown deck.

Rounds 3-6, I was on a hot streak, pulling out all the stops, and BARELY scraping by in some matches.

Round 7, I didn't get paired up because the system thought I dropped out. However, I was able to get a match where I was paired up against a NUTS deck.
Round 8. same deal.

Got some cards signed, realized that not even Eric Deschamps knows what's going on Ral Zarek's outfit, made a shitton of money selling off cards, and I got some new toys for my Modern Deck.
Posted by Rhythm Bastard on 3/28/2017 No comments: Links to this post

I'm playing not one but TWO shows that weekend!

More details to come! I just had a conversation with the production crew, and they seem like they're 100% on point, so I'm looking forward to that!

THIS WEEK'S JAM: "Scenario" by A Tribe Called Quest


"Why this song?" you ask. Well, ever since Harmonix showed off their recently announced game DropMix, I became intrigued with some of the lesser known songs on the setlist. 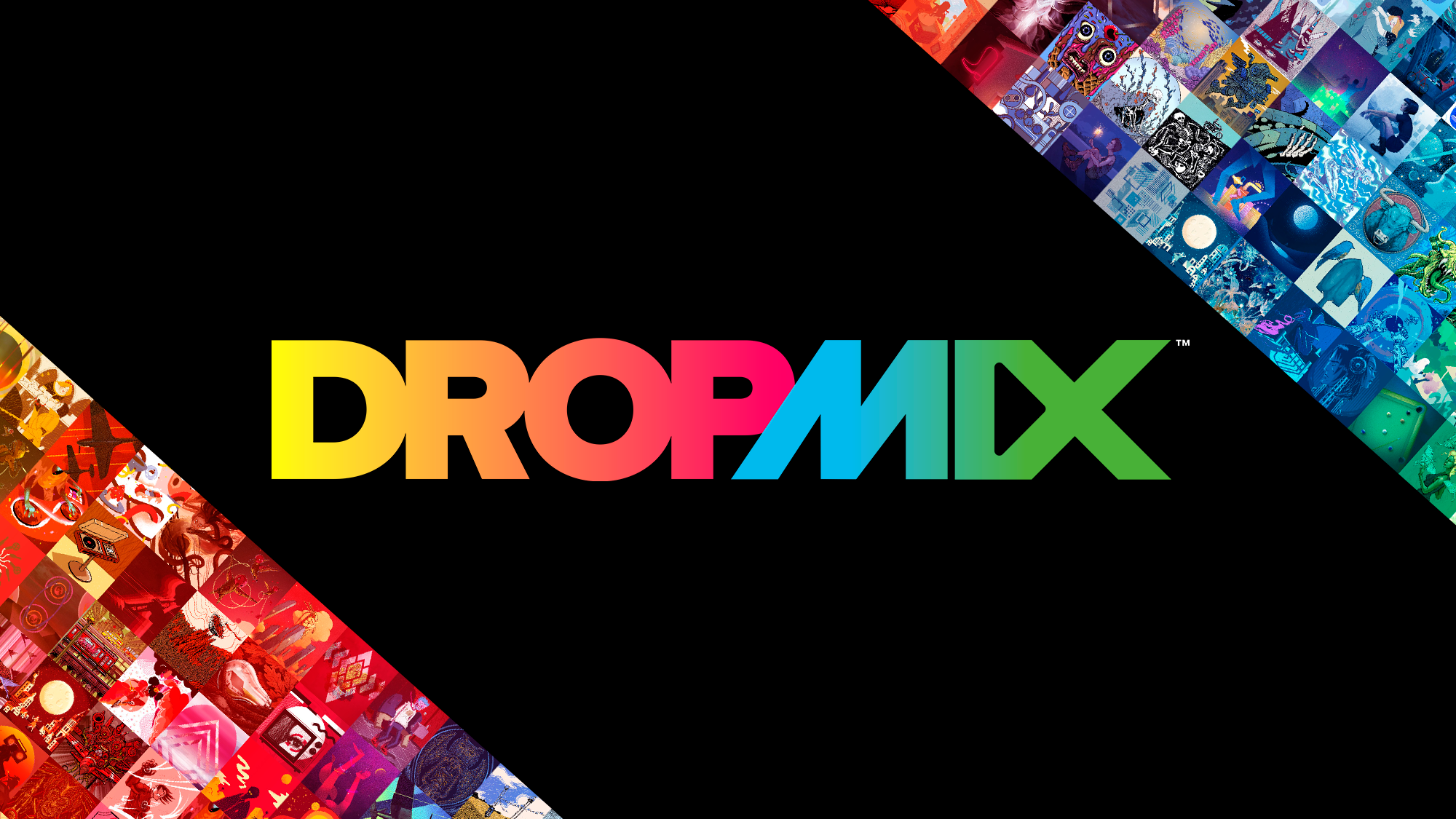 I like the song, it's one of those raps from back in the day where 7 people had verses that went on forever, but can we talk about the music video here?

No, can we? Because this takes me back to something I'm even more familiar with: Multimedia CD-ROMs.  Oh, all the CD Encyclopedias and barebones video editing programs I dicked around with in school! Looking back from 2017, there's nothing crazy going on here, but there's lots of little neat cues that bring it above "thing a 10-year-old can replicate now"

Not A Hero- A side scrolling shooter I got from Chrono.GG. I only paid 5 bux for it, which is my limit for something like this. While you might feel like it's a runner and gunner, it's more of a cover shooter, where it's best to slide from cover to cover, taking shots when you have the opportunity.

You play assassins who have been tasked with cleaning up crime in the city so that Bunnylord can be elected Mayor. Bunnylord is the purple guy in the middle there.

The humor both works and doesn't work for me? Bunnylord will say things like "Shooting bad guys in the face is totes awesome sauce" which is the kind of shit that belongs in a D-Tier Deadpool comic, but I never found myself hating it too much. Primarily because I imagine Bunnylord saying it straight faced in his alien, warbled language, and I'm down for that.

Not particularly interesting otherwise, wait for a sale.

Sentinels Of The Multiverse- Another game I got for 5 bucks, but this one is the digital version of the tabletop game of the same name, like Star Realms. It's barebones, relying on online multiplayer (which I haven't tried) and the weekly "one shots" that give you a different challenge to work through. There's also a lot of microtransactions for DLC with expansions for new heroes and new scenarios.

It can get pretty costly, but when you consider how expensive the base game is, at roughly $50 for all the expansions in a more accesible form is nothing to sneeze at.

Email ThisBlogThis!Share to TwitterShare to FacebookShare to Pinterest
Labels: a tribe called quest, convention, not a hero, sentinels of the multiverse, status quo sunday, supercon retro

Status Quo Sunday Is In The Hole

NEW SONG: FIRE IN THE HOLE!


This song was in the cooker for a while, but I finally got it done in time for PAX East! Shout out to Owen from Heel Turn/The Zonecasts AND MORE for letting me make the PAXAMANIA version to use in PAXAMANIA 3. Sadly, audio issues fucked up my big break.

That version was made using a tool called N64 Soundbank Tool where you take the N64 ROM, dump it into this program, and you get a soundfont that lets you use the different instruments and sound effects in that ROM.

Yes, it is inspired by Overwatch and no, I don't know when and how many more songs I've got.

2017 is Omni Expo's first year in the Florida Mall, and it is probably one of my favorite shows so far. Someone bought me a beer, someone bought a T-shirt, and a pit opened up, so at the very least I had a fun gig.

The con itself suffered a bit from the new location since everything was spread out over two separate wings, but that was balanced out with being right by the Florida Mall, so I was able to shop around during the down time and get a cheap bite to eat.

Hopefully they use the space better next year, because it seemed like the staff and everyone knew what they were doing.

JAM OF THE WEEK: "Lone Digger" by Caravan Palace

You should all know by now I loves me something with a good boogie and a sick music video.

"Lone Digger" is an electro-swing song by the group Caravan Palace. It's very heavy on samples, but they help elevate the beat and the vocals beyond A Good Pop Song and add some fun and chaos.

For the music video, it's Hotline Miami in Zootopia: very sharp, distinct color separation, a dark palatte, and a hell of a lot of blood. Also animals are there. Is it one of my favorite animated music videos? It doesn't quite crack the upper escelon, but it's worth watching.

Oh man, how can I sum up such an awesome weekend? Well, for starters, it was really great be surrounded by friends and happy, creative people where I got to try a lot of new things even though it was cold as fuck.

Then I came home to humid weather and the job I hate.

All right, so I'm just going to go after the highlights right now from what I can rememeber:

-Brattle Theatre had a screen of the League Of Heels Documentary, and it was a nice recap of some of the earlier events I had missed. Kudos to Arron Trites and Eric Pope for having this dumb video game thing last so long.

-Body Slam is such an 80s movie it hurts.


-Didn't play as much Magic as I wanted, instead I got into a draft with Weff. He beat me down with Tezzeret's Touch/Walking Ballista Combo and I never quite recovered.

-Got to play Secret Hitler for the first time with the devs of "I Expect You To Die". It's a fun game, because unlike Werewolf, there is WAY more leeway and merit for accusations than "You have a lot of chest hair, therefore you are a wolf"

-Played Open Sorcery, an interactive fiction game about an AI used to banish evil spirits. It's intriguing from what I've played and not that much if you want a short story.

-The Harmonix Rock Band Party was good times with many drinks. Didn't play anything, but, you know, many drinks.

-Spent the morning before PAXAMANIA walking around with Owen, playing some indie games. First up is Smuggler Craft, a racing game akin to Episode I: Podracer for the Nintendo 64. Felt a little slow, but it looks really promising from what I played and they said they'll look into increasing the speed.

-Back Off Barbarian was a game by The Behemoth, an arcade machine that was set up in their booth. Apparently I'm late to the party on this one, since it was included with Castle Crashers Remastered. 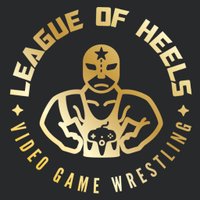 Audio issues prevented my song from being played!
Highlights: Being name dropped, Starting a Fuck You Owen chant, and Trin shutting down a heckler


-Whatever panel this came from:

-Didn't do a whole lot that day since I had a flight to catch, but I did manage to catch up with a relative who lives in Boston at this place called Laugh Boston