Status- OK, I've Been Doing Jack Shit Since SSX 3 is on Backward Compatible

LET'S GET IT OUT OF THE WAY RIGHT NOW:
JAM OF THE WEEK: "Hypersonic" by Jane's Addiction


This song has missed Jam Of The Week for this long? HOW? At first, "Hypersonic" sounds like an anomoly in Jane's Addiction's catalog, since it has a lot more "Dancey" elements to it, and heavily features synths, but it does fit in with the manic energy of "Stop!" and the spaciness of "Mountain Song". "Hypersonic" combines the two in a way that just works so well.

SSX 3 is really good with using it's soundtrack, unafraid to chop up a song and mess around with it. Most notably, the song will fade out to the drum and bass parts of the song, phasing ever so slightly, only to come back in full force when you land an impressive trick. The song will also go to the bridge or a quieter part of the song when you enter a tunnel, bursting back into the last chorus before the song ends. It all flows together in to create a dynamic experience with minimal "clunk".

Dino Hunter MD is an internet series I did with some friends of mine from my Alma Mater, Stony Brook University. It's about an anesthesiologist that fights dinosaurs. It's really dumb, and I got my start there in acting and music.

This Saturday, at 8 PM EST, I'm going to stream the entire series, play some of the songs, and you all can join me on Discord and riff on it through the magic of Twitch!


Sakura really is the best girl.

Also, Monokuma's "PUHUHU KILL EACH OTHER! PUHUHU!" schtick wearing more and more thin as the students gain more and more resolve is one of the high points of the game. Like he's all set to be this dictatorial badass and all the students are going like "Fuck off, nerd!"

I'm on the VERGE of figuring out what's going on here, and all of my theories have been flipped around or debunked. 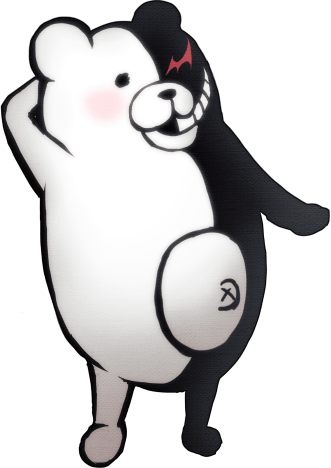 He's dismantled after the students resolve to not play his game, representing the working class abandoning the "game" and seek to escape its clutches. There's an article that actually shares a lot of the sentiment that I do. (WARNING: SPOILERS!)
Posted by Rhythm Bastard on 4/23/2018 No comments: Links to this post

Status Quo Gets By With A Little Help From Its Friends

I MISSED LAST WEEK BECAUSE I WAS PAX EAST 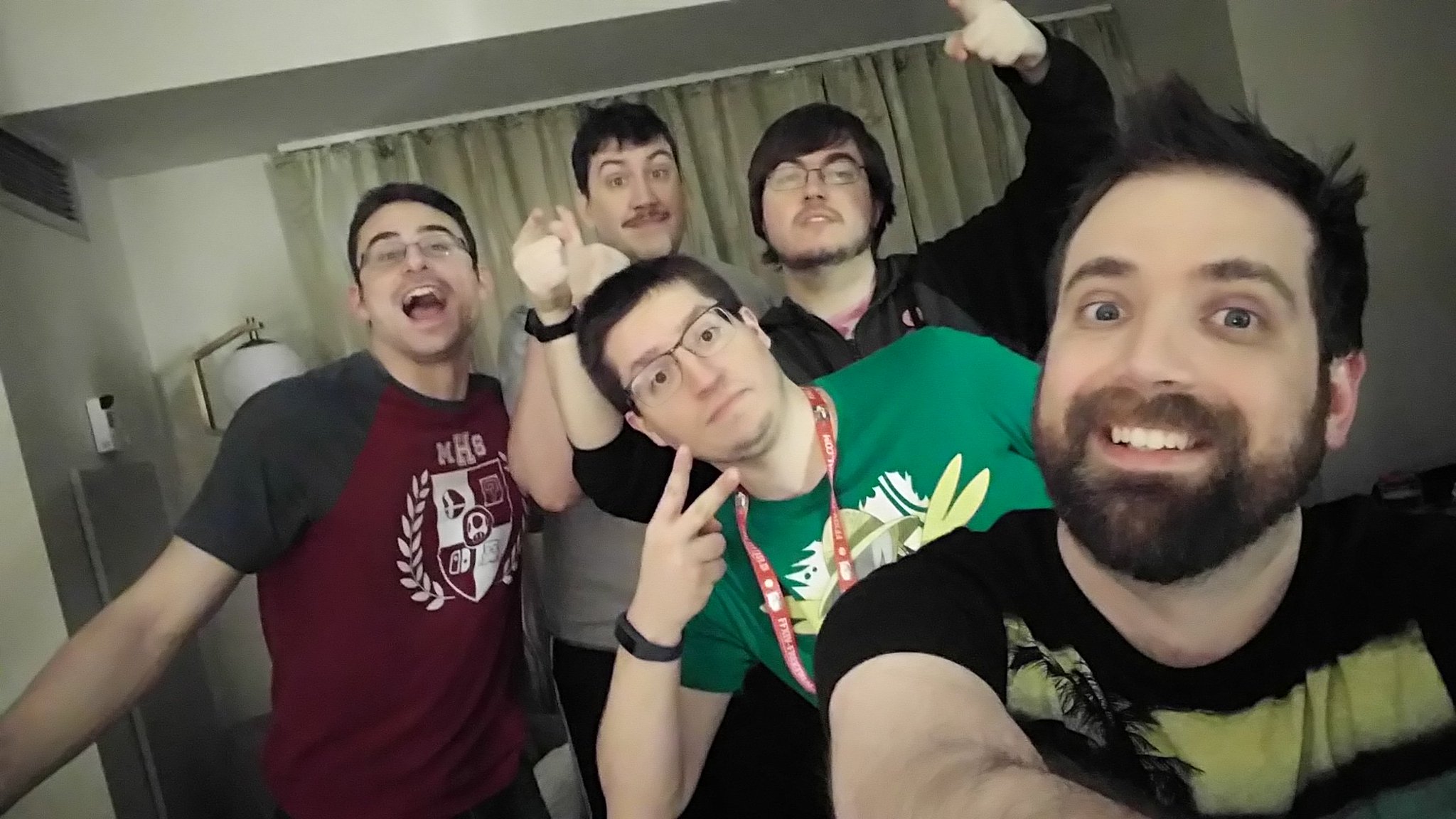 All of The Echo Chamber (from L to R: me, The Ozone, Arcanon, Mystakin and Weff).

Oh God, so much happened over that weekend, so I'll just copy some stuff over from my Twitter Thread on it:
-Smack Talk Showdown/FUNEmployed:
So, it used to be that EVERY party game was trying to rip off Cards Against Humanity, which ripped off Apples to Apples.


I am thoroughly sick of Cards Against Humanity. Too much of it relies on the card being funny, the jokes don't work on everybody, and you'll always have one asshole going "OH COME ON! THAT WAS SO FUNNY!" Apples to Apples abstracts thinngs a little bit, since you can't rely on throwing down MIDGETS SHITTING IN A BUCKET LOL.

-Beat 'Em Ups Are BAAAACK! AND ALL THREE OF THEM ARE DIFFERENT?
1. Raging Justice- What's Different?
A unique art style gives the appeance that all of the characters are rotoscoped clay models, like Mortal Kombat makes DKC. Also has objectives where you can arrest certain perps for bonus points.

3. The Take Over- What's Different?
Made in conjunction with Matt of Super Best Friends Play, this has full 3D environments, and GUNS. Most importantly though, it has Haggar Dropkicks. MAtt's a fan of the genre, so I know he and the team will do it justice. 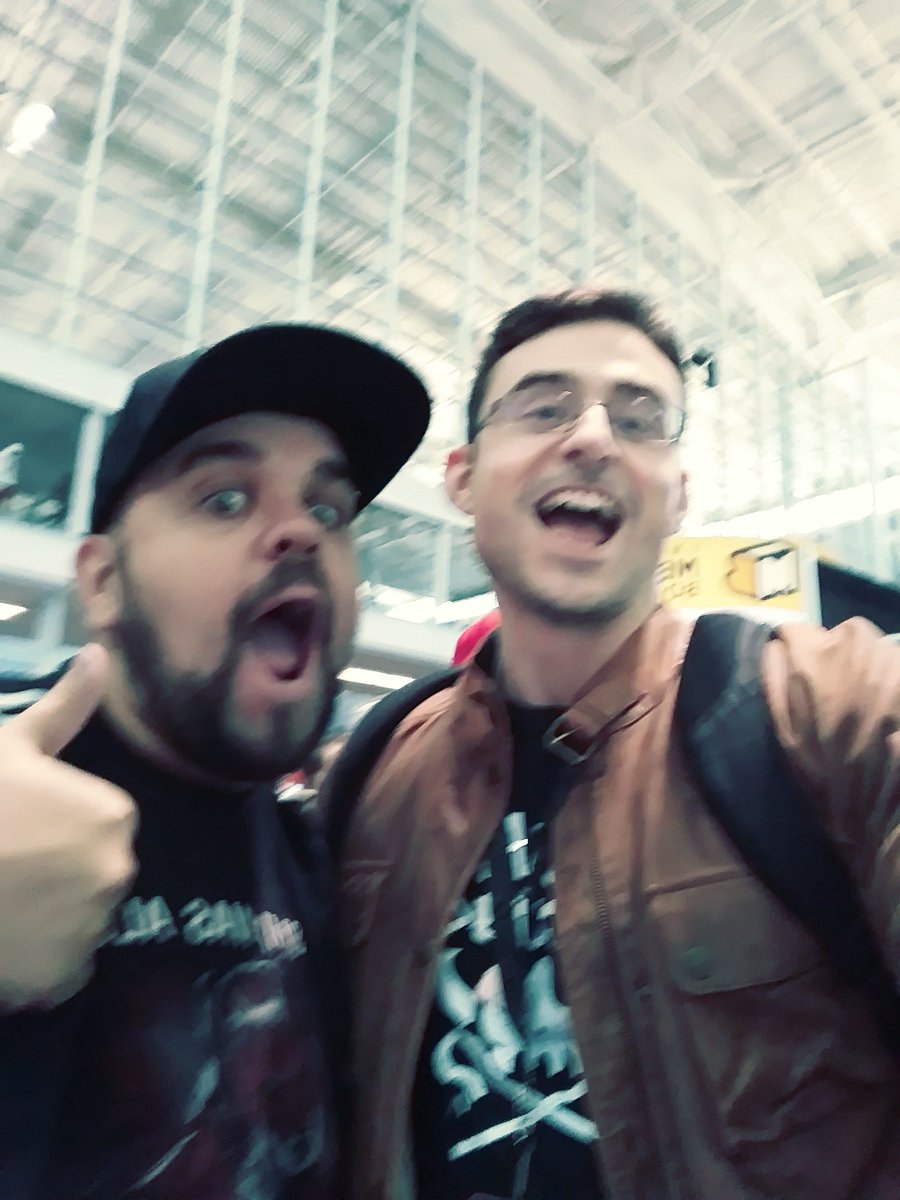 -Sentinels Of Freedom:
I love the Sentinel Comics verse, and I'm really glad this game is coming out. So far everything "fits" the tone and gameplay of the original Sentinels Of The Multiverse, and creating my own charachter only seems like an added bonus. Who knows? My they'll make me enjoy playing as Fanatic!


Now we're getting into the good shit. The Manly Stanley joins me on this episode, and we talk about Zero Escape, Ace Attorney and my Danganronpa Theories. Like I mentioned, I'm going to try another game after this one before going to the sequel.

Hopefully he can join me in future episodes!

Because it's baller and I've never featured it before.

No Jokes, No Jesus, Just The Status Quo

"The Dickpuncher" is the gritty reboot to the "Dickpuncher" series, as made famous by Marc With A C and StarF. It's about a super hero who punches people (criminals?) in the dick.

I did a good thing by rebooting the series by making him a dark and brooding hero so he can better fit in with the nerdcore music cinematic universe of along with Free Bird, Token Female MC, Billy's Gigantic Robot and of course, Boba Fett.

Despite how goofy I got with playing the demo, I am probably going get the full game to support a Rock Band friend and because I like the set up of it all.

Arcades will always hold a special place is this embittered punk heart of mine. When I lived in New York, there was an arcade in the shopping center I went to all the time, that despite it being a mom-and-pop establishment (no Ma though), was a pretty popular spot that still kept getting new machines. Walking in as a kid and seeing all these new and different machine was so exciting coming from a household where I still had my older brother's NES.
I'm too afraid to check if it's still there, but seeing Francine's Arcade Funplex did take me back.

Here in Florida is that they do have arcade machines in movie theatres and bowling alleys, and there are plenty of places that are "Arcade/Batting Cages/Go Kart" combos, but if you see a business that has "Arcade" on the storefront IT IS A FUCKING LIE.

If you go inside, there's just a shitton of computers that have a slot machine program running. It's like a pachinko parlor but for old boring people.

Because I'll be in Boston and I don't want the only impression of me to be an LP of Danganronpa where my mic wasn't on halfway through!

The intrigue gets deeper, the stakes get higher, the despair gets more depressing, and that annoying Otaku Asshole died! Part of why I started this series is because I wanted to have a series where I can chill and solve some light puzzles and basically play along with a police procedural.

Danganronpa is all that cranked up to 11 but with the added bullshit of Awkward Phoenix Wright Logic.

JAM OF THE WEEK: "Mean Machine" by Sugar Ray

I only remembered this song because I needed something badass to play during that scene in Far Cry 3: Blood Dragon where you're on top of that blood dragon with a turret and mowing down everyone. Before they did stuff like "Fly" and "Every Morning", this is the kind of music Sugar Ray was doing, and... I kinda liked it.

"Mean Machine" comes off the album "Lemonade and Brownies", because of course, and their album after that was called "Floored", which is where their breakthrough single "Fly" comes from. "Floored" is a nu-metal album that they went "pop" with at the end. Since then, their music has been strictly pop/adult alternative, judging from "14:59" (that spawned "Every Morning" and "Someday") and their self-titled (that had "When It's Over").

Something similar also happened to another band from the same era: Green Day. After the success of "Good Riddance" from  Green Day's "Nimrod", their next album "Warning" had a lot more acoustic guitar in their songs, though that only lasted one album and can be thought more of as an experiment.

It's not that I hate the songs Sugar Ray's been known for, it's that THIS is what they were known for. Like the went speeding down the highway at 90 MPH to go to a chill beach party.
Posted by Rhythm Bastard on 4/02/2018 No comments: Links to this post