-Every member of the podcast is within a year of each other: Weff was born in 87, Me and Mystakin '88 and Arcanon was '89, so we all have the same frame of reference for pop culture.


-As far as Game Completion goes, a lot of that falls upon that person's personal psychology. I'm the kind of guy who would prefer to buy a game I can obsess over and play the shit out of it, then spend 60 on a game I'd only play once.

While I enjoy games like Dishonored and ZTD, there's not a lot of replayability in those games. With Stardew Valley, there's enough to do to keep me occupied. With HITMAN (2016), there's a big environment to play around in with lots of challenges sprinkled throughout.

-HowLongToBeat.com is a website that lets you import your Steam Library and let you know how long it would take to beat the games in your library.

I'D RATHER NOT EPISODE 42

-I didn't really feel like writing anything, so here's the 42 Puzzle from Hitchiker's Guide To The Galaxy. 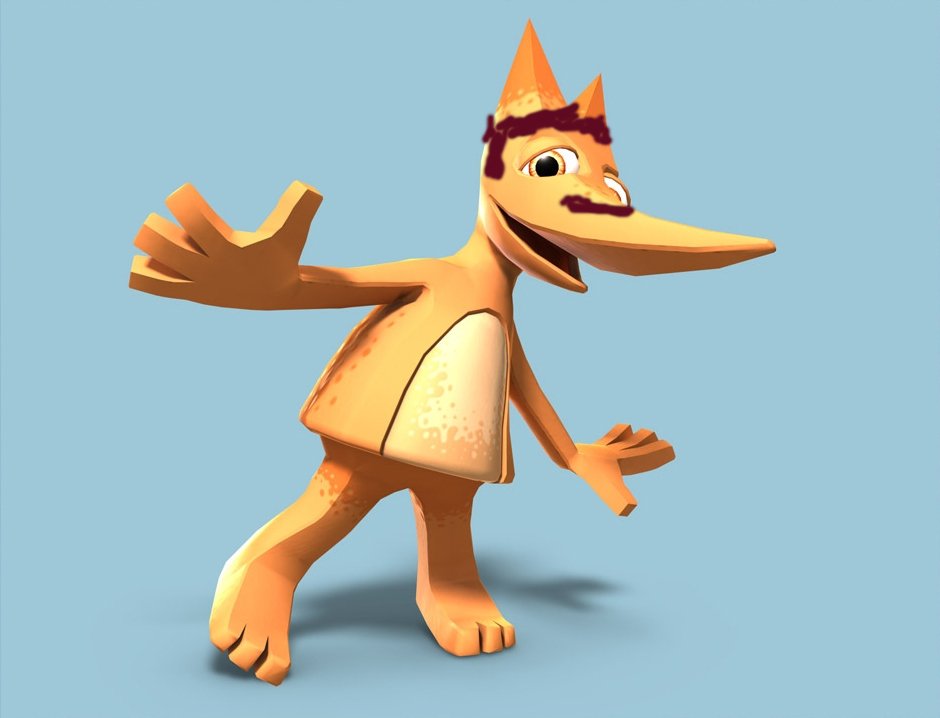 
JAM OF THE WEEK: "Dirty Love" by Kesha


For a major pop star, a lot of people have been sleeping on Ke$ha. She's wrtitten a lot of songs for other artists (her mother is also an accomplished song writer), and is a genius in her own right, having a 140 IQ, and getting a 1500 on her SATs. It's a shame that she signed a recording contract before finish High School, especially considering A. How Dr. Luke convinced her to sign her first recording contract and B. How well that all ended up for her.

I got into this song after Twill Distilled was on I'd Rather Not and did such a good job the podcast. I remember Ke$ha doing a song with Iggy Pop, and was thinking of this to collab with Twill on, since Twill's collab with John turned out so well.


Ke$ha's energy is infectious on "Dirty Love", and Iggy Pop, doesn't do much, like his other collabs,. But he still brings this kind of sexy, intense delivery to his verse.

Oh yeah, I was at this thing. TIMELY, HUH? Nah, but seriously, I enjoyed it. Some quick hits:

-A LOOOOOOT of Team Skull cosplayers. A LOT. 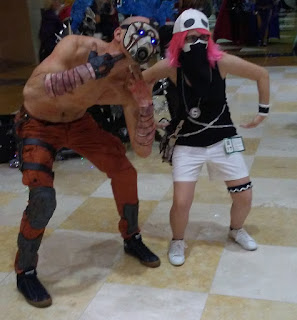 -There was also some HUGE meetups for Borderlands and Overwatch.

-Instead of partaking in Saturday festivities I went to the Geek Easy to check out some music friends Jackson Parodi, Eye-Q, Sci-Fried, and Roborob.

-Sunday morning was my show, and while people came in and had fun, it was still a Sunday morning show. Afterwards, I caught Noise Complaint, who collected a shitton of the Magic cards I threw out and enjoyed the show. I also caught fellow con regulars Geekapella.


-The Iron Robot Cardboard contest was very fun, and I think my team did well despite only being 2 people: 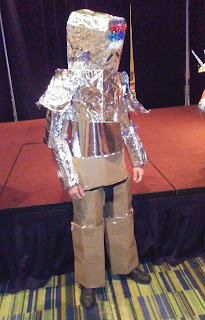 I still have the helmet in my room.

The only disappointment is that I didn't get to show off the cosplay I've been working on, because everything fell apart THE SECOND I got out of my car. So I'm fixing some things and am going to be stress testing my stuff in the coming weeks so that for next con, I'll be ready.

Other than that, nothing really around here until March.

There Is No End To Status Quo Wednesday

Since it's the holidays, I'm going to be giving away T-shirts, CD, posters and more! Also I'll be premireing some new songs!

In addition to that, there will be plenty of other songs music acts throughout the week, such as Ben Briggs, SPF, Teh Walleh, Noise Complaint and Geekapella!

I'm also going to check out the Iron Robot Cardboard Cosplay event Propeller Anime got running, which is basically making a giant robot cosplay out of nothing but cardboard, construction paper and duct tape. Back in college, we had a boat race called the Roth Regatta where everyone had to build a boat out of cardboard and duct tape.

JAM OF THE WEEK:"California" by U2


For all the shit they've gotten over the release of this album (it just showed up in Apple iTunes libraries), I've been enjoying the songs we've gotten from Songs Of Innocence in Rock Band. "California" is the one that's shown up the most, and the one I've liked the most. I can see myself cranking this up when I go up to Orlando this weekend.

U2 was always known for "big" sounding songs, meant to be blasted in arenas the size of two football fields, and songs off "Songs Of Innocence" don't feel as big, and it's nice to see them dial down the bombast, akin to what Green Day has done in recent years. The orchestral flourishes are still there, and Bono is still singing to the back of wherever the hell he is, but they sound just as good on a smaller scale.

Well, smaller for U2 that is.

Sci-Fried, Jackson Parodi, EyeQ and DJ Roborob all throwing down some music in celebration of the Star Wars! $5 cover at the door, and raffles for tons of cool prizes!
Posted by Rhythm Bastard on 12/14/2016 No comments: Links to this post

-Why CCR was not part of the Color Bands challenge, according to head designer of Magic The Gathering: Mark Rosewater: (warning- artist is Canadian) -The Who Super Bowl Smash Up is the only way we get any Quadrophenia on Rock Band. "5:15", "The Real Me", "Love Reign O'er Me", "Sea and Sand" WHY CAN'T WE HAVE SOME QUADROPHENIA?

-For an example from Deadly Premonition, one of the side missions you do is for Michael, an aide to Harry Stewart, an eccentric businessman who is also an aficionado of gas masks. At the time of completing the game, Michael is only seen as speaking for Harry and escorting him around.

Michael adds weirdness and mystery to someone who ends up being a central character while getting little to do himself. Not a useless character, but he just serves a prupose. However, after running an errand for him, you find out that Michael is adopted and wants nothing more than to please his adopted father. 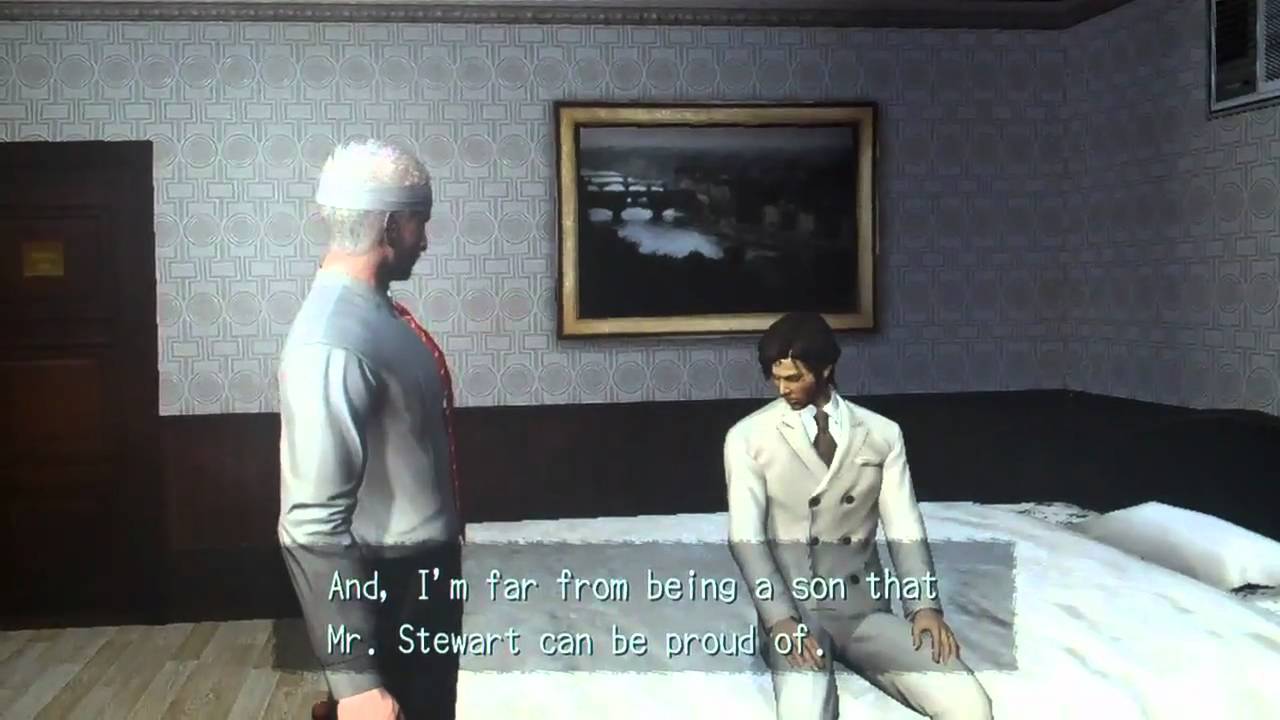 -"Stopping Points" in video games are a double edged sword. Yes, they can provide a "Hook" to get you back, but it's also a place to leave the game FOREVER. Arcanon brings up Borderlands, and like Skyrim, it's easy to forget what you're doing in a game like that because the quests are so small, and the world is so big, so if by any chance you DO come back, you're like, "Eh...."

The key there is to make the segments digestible enough in 30-60 min bursts that provide both significant value, and something big enough to come back on. I understand there's SO MUCH ELSE that a game has to account for before player psychology, but at least games are at the point to where we can have this discussion.

-John's "Killer Voice" is but the latest in the roster of "weird voices we happen to do" and I hope, like Jonesy Spencerson, he make a comeback.

-And now, to give you some brain bleach, the worst thing I ever did: 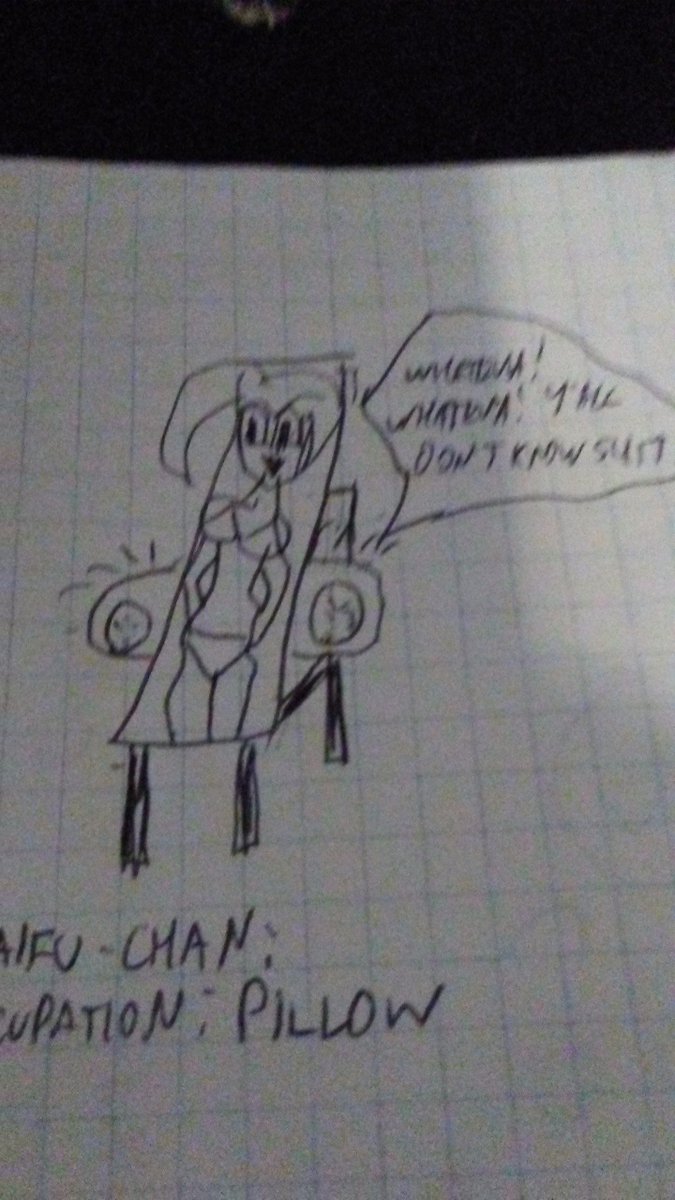 -Marc Summers suffers from OCD, which is all the more badass considering his job as host of Double Dare. Then he got fired from his job on a talk show after disclosing it. Though "Lunatic Fringe" is a tad insensitive when he's suffering from internal turmoil.
Posted by Rhythm Bastard on 12/11/2016 No comments: Links to this post

Yeah! The Facebook Event is up! This is going to be a fun one.It's late, I know, but I have confirmed arrangements for both HolMat and PAX East, so as I say, LET'S DO THIS!

I plan on giving away

Did I mention I also have a bandcamp page where you can buy music and merch?

THIS WEEK'S JAM: "Downtown" by Macklemore and Ryan Lewis

All right, I'm digging it, Macklemore's pretty good, but I don't see why-

Yeah, this is the same jokey Macklemore we saw on "Thrift Shop", where most people fell in love with him, but it feels like a step up in the rapping department. All well and good, then motherfucking Eric Nally from Mother Fucking Foxy Shazam comes in with the hook that takes a low key chill beat and turns it into an epic theatrical number with blaring trumpet, pounding tops, and Nally's vocals. 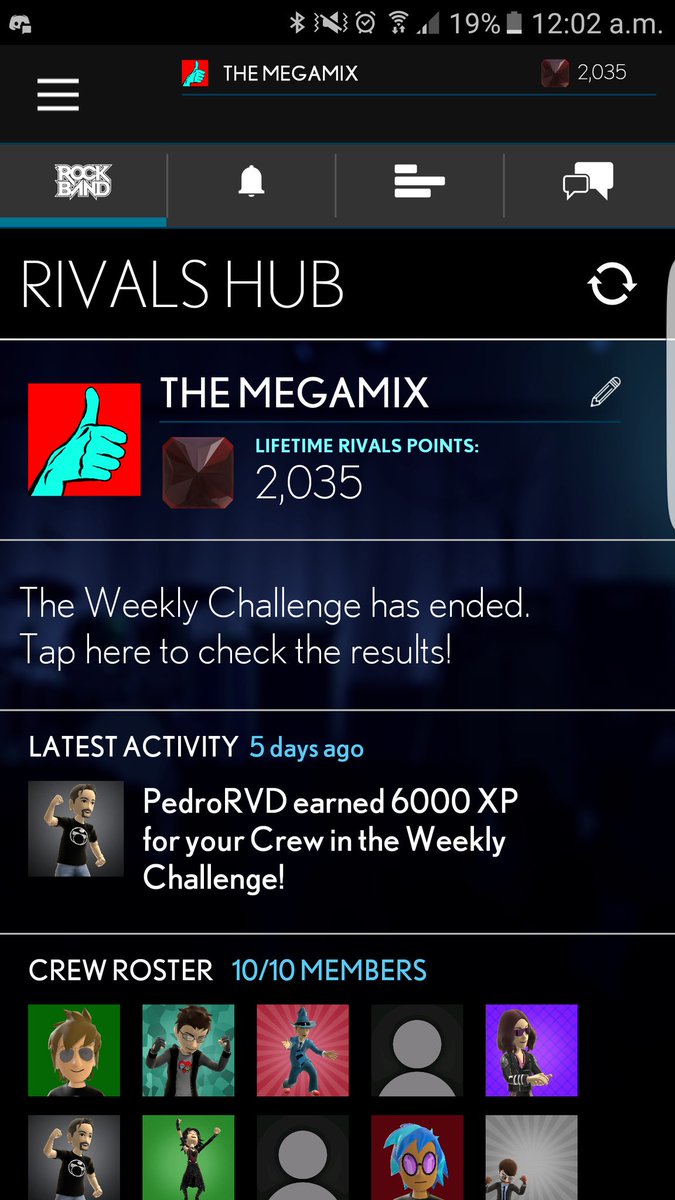 I'm not going to mince words here, this game is basically "Harvest Moon: 2016". But you know what?

I LOVED Harvest Moon for the GBA, and spent hours at a time on it.Stardew Valley is Harvest Moon with all the trappings of a modern game. There's crafting (you need to harvest resources to make buildings), RPG elements (you can level up your proficiency in skills and tools), and online multiplayer (haven't gotten to that yet). It's not an original idea, but it's an old one I've longed to revist for a while.

ECHO CHAMBER EPISODE 189
-For the sake of comparison, here's a handy chart that has all the vocal ranges:

There is some overlap between vocal ranges, for example bass (lowest male voice) and soprano (highest female voice) overlapping by middle C. Of course, it varies from singer to singer and song to song, but given that you can sing a note in Rock Band in a different octave and still have it be "correct", so it's not that bad. Of course, this was recorded two weeks ago, and the challenge will be different by the time you read this, so fuck me.

While I haven't given her much playtime, I'm glad she exists because Overwatch needed its equivalent of the Spy from Team Fortress. Usually I'd bring out the Spy when the other team has a lot of defenses set up, since, like Sombra, I can go invisible, get behind enemy lines, and fuck shit up.
In general, OW is more dynamic then TF2 with each charachter having ultimate abilities popping off quicker, thereby enabling the tides to turn. However, her hacking ability gives the game that much more back and forth, and can do things like hack Torjborn's turrets, and Bastion's sentry mode, two of the biggest STOP signs on the battlefield.

-Ben getting Hors D'Voures wrong as the episode wears on is probably my favorite bit.

-This week's Indiegogo is... A Donkey Sauce Cannon! Our stretch goals include a trip to Flavortown and a wacky robot sidekick.

You can learn how to make Donkey sauce here. It's not that special

-Between Inspector Gadget and Godzilla, if Matthew Broderick was involved in a movie based off something from your childhood, it's not going to be good.