Status Quo Sunday Has A Lot To Be Proud Of

HAPPY PRIDE MONTH!!!
This marks the first anniversary since the Pulse nightclub shooting here in Orlando, and the lessons we've learned have been ignored by this administration.

Now more than ever, it's important to remind all our LGBT friends that your lives matter. 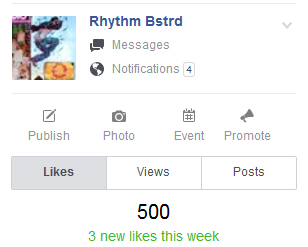 I was going to set up a victory stream tonight, but it'll have to wait until Wednesday.

It was a long way to get here, and it was hard, but I'm thankful for each and everyone of you :D


First time I've done one of these in over a year. I've been sitting on a couple ideas for a while, but Momocon was big enough that I wanted to go back to this series, and highlight some cosplays I thought were neat. Plus, it shows that I'm not just there to work, I get just as excited to get my geek on as you all are.

JAM OF THE WEEK: "Hard Times" by Paramore


A long way away from "Misery Business", eh?

Hard Times grew on me the more I listened to it, and can appreciate it as its own thing. Paramore have been moving toward Blondie-esque pop-rock since their self titled album. Even the music video has that dreamy neon color scheme that was so big in the 80's (allegedly). It's not sticking with me as hard as some of their other work, but it still brings a smile to my face and a groove in my heart whenever it comes on.

In their words:
"We are the 3000 Brigade! We are here to keep the peace in the Nintendo Universe... and put on kick-ass shows! We are a troupe of performers committed to creating enjoyable Nintendo/Video Game-parody shows, rated "M" for mature!"

I saw them at Mizucon this past year, liked what I saw, and wanted to get involved! I've have been working with them for a couple months now, and I'm really excited to show you what we've been working on!

This year our shows are going to be at the Anime Iwai events, with a preview show at Mini Iwai this Father's Day.