1. I MADE A GODDAMN ALBUM AND RELEASED IT!

2. As many of you had heard of by now, musician David Bowie passed away this morning, and his amazing singing voice, daring showmanship and eagerness to innovate, and I'm glad he was able to give us so much in his last few days.

He is one of my major influences, because every facet of his career, every phase, has had something I can take from it and say "This. This Is Where I Want To Go With My Music". He was a man that embraced the new and different with open arms and said "Challenge Accepted".
He made being weird cool, because he pulled it off better than anyone else could.
"Everyone Says Hi" was the first song I remember associating with David Bowie, as it was off of the video game Amplitude. While I've heard his other stuff before, most of it was part of the Classic Rock Radio White Noise. The Metro Mix included with the game mixed the song in a way that made it sound more upbeat, but also more lonely and distant, like a child's voice lost in the din.
The song is about (to me at least) someone in denial that a loved on died, that they're on a trip instead, so that it doesn't sound like that person is gone forever. Which makes it the perfect fit for this occassion.
3. I'm 28 now. It's not quite old, but the "YOU CAN TOTALLY!"s become "You could....". It's an odd feeling because I'm now starting to get things stable, but it's not a life of my own yet, and it's become even more crowded since my brother's fiance moved in. That's compounded by these weird in-between feelings I've had and all the missed deadlines like too old to make it in music, not married/having kids at my age, etc.

Thank Xenagos I've had such a strong support network of family and friends to keep me going but man am I just feeling awkward 150% of the time.

Even stranger, I'm OK with it, because it's better than where I was.

4. NEWEST SONG: Not ready yet, but my most recent one is my "Battle For Zenidkar" song "ATTACK ON ELDRAZI!"

5. FAVORITE SONG I DID AT 27: "Bastards Reunion" BY FAR
It was the culmination of so many things WORKING. I was taking voice lessons so my singing was better than ever, I had a strict goal mind when writing it, and it's been FUN to play at every show I've done.

Well, at least I liked the ones I went to more.

6. 28 YEAR OLD RESOLUTIONS?
-A music video. The concept I had for the Status Quo Radio album as film ala The Wall or Quadrophenia isn't feasible, but there are a couple stand alone songs I can do both on and outside the album.
-More presence and making myself more accessible.. I've always done this stuff for fun, and for the experience of meeting new people and just having that "ANYTHING CAN HAPPEN!" feeling of living in the city. The post I made about cons was just about expanding my horizons. I'm trying to reach out, 'cause if you like my music, or my writing, or my podcasting, then I like you :D
-Stream more, be it gaming or music making. I love games, and I want to have you all along for the ride. Also biweekly Twitch concerts would keep me in practice for bigger shows.

8. OK NOW GO OUTSIDE THE BOX-
GAME OF THE YEAR- "Undertale"
I've said it on Echo Chamber, and I'll sum it up here:
Everything in Undertale is intentional. Toby Fox knows what you will do, what you have done, and expects it to deliver memorable moments and an intriguing world that will stick with you for hours after you finish.

WHY THE FUCK DIDN'T ANYONE TELL ME ABOUT THIS BEFORE AWARD?- League Of Legends
The most popular game on Twitch and I just bothered to play it this year. GREEDIEST MOFO WHO IS NOT A VICTIM OF CAPITALISM- God
You kill Rock Legends such as David Bowie and Lemmy so YOU can jam with a supergroup? THANKS A LOT! 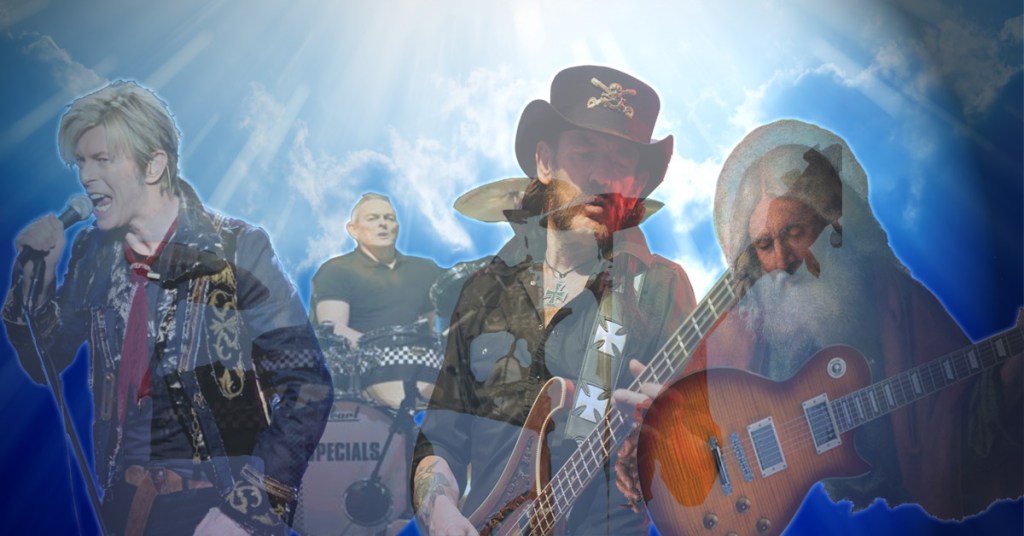 Also you let these assholes continue to live:

MOVIE I WAS WATCHING WITH GREAT TREPIDATION- Star Wars:: The Force Awakens
Was expecting to go in underwhelmed, came out charmed. Good job!

TOP 40 SONG I HATED THE LEAST- "Shut Up and Dance" by Walk The Moon
I found this one out last year on Tumblr before it made its rounds on the alternative and later pop stations, and I'm glad I got into it BEFORE it was cool. 80's throwback songs are nothing new in the alt rock landscape, but everything about it invites ENERGY from the clap-friendly into to being able to yell SHUT UP in public without Mom getting mad at you.

Whether or not "Different Colours" will be a big follow up hit or if they have one at all is yet to be seen, but I hope they stick around for a little while, since we need more rock in the charts.

"Exes and Oh's"by Elle King
Runner up for this one, because I always manage to catch the chorus, which has a lot of OHs like a lot of music seems to have instead of an actual chorus these days, but it's a fun song to play in Rock Band, and a dusky voiced female who can write a good breakup story is always a plus in my book.

9. ANNUAL STUPID REMINDER THAT I SHARE A BIRTHDAY WITH MC BAT COMMANDER