From Parts Unknown, It's The Status Quo Sunday!

Brock Lesnar is doing the Mega Knee on everyone right now, so this week's jam is:


Also apropos, because Ben Briggs, fellow Florida music type dude hosted a stream this weekend to help raise money to get his life back on track, and I managed to catch some of it. Mainly the highlight was Hot Pepper Fan Fiction: Eating a habanero, then reading through shitty garbage fanfics, including one so bad, it made, as Ben put it "forgot to get high".

And what a goddamn trooper, still throwing shade when he's dying.

OMNI EXPO EVENT NOW ON FACEBOOK!
There it is! First convention show of the year!

NEW MERCH IN THE BANDCAMP!
First off, the cover for the album: 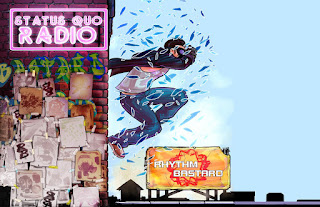 Another shout out to the incredible Mervyn McKoy, all I did was stretch it out a bit. I've had it for sale at conventions, but never thought to put it on the Bandcamp.

Next up is the Kickstarter Poster: 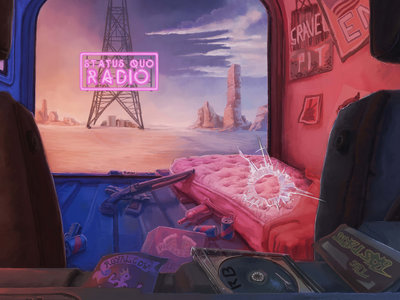 Artwork by Lancelot Richardson at clockodile.com.
I found out about him through a TF2 Fandom Secret Santa, and he does incredible fantasy work, which you can find on his site.

MUSIC UPDATE- NO WAIT, LEMME GUESS NOTHING?
I've been getting work done, with a couple songs are in progress. Nothing concrete yet, but at least I'm at the point where I can focus on putting stuff in Reaper again. There's been a lot of other projects that crossed my mind and I'm in the habit where I have my guitar accessible and Reaper open.

My headspace in a post-album/in-between album world is all about getting over the little psychological things. If I focus less on lyrics, I can focus on other areas to move the song forward. If I finish songs, I don't need to worry that all of this is shouting in the void, because I'll always have something going on. If I build a Reaper File, even if it's just the basic drum beat, then I have a place to put all my song ideas.

There's still the big psychological things: stress from work, worried I'm going to lose it, always being "on call" for my family be it chores or anytime a fight goes down, it's nuts.

Being a millennial with any kind of stability or success is like shelter in a zombie apocalypse: you're OK for now, you might even have people to watch your back, and maybe some food and water, but there's the lingering threat that any second, zombies can burst through the barricade, or the asshole who runs a fascist society could come along and curb stomp your ass.

All I can do now is try to work in between fighting off the hordes.