Status Quo Senpais and the Art of Being Noticed

I am a 26 year old man with a job. This week, after I sort out all the numerous business cards I've gotten over this past weekend, I am going to set up a doctor's appointment and then find a place to get my windshield repaired. This morning for breakfast I had Cheerios w/ Protein, which also has the fiber I need. After taking my multivitamin this morning, I drove to work, a commute which takes 40 minutes on average. I have very strong opinions about driving on the I-95. It sucks. A lot.

Yet, the last words I said after my long weekend of two cons and two shows were, in a giddy voice: "SENPAI NOTICED ME!!!" I ain't even watch that much anime.

The end cap for this weekend was catching MC Lars's set at Orlando Nerd Fest this past Sunday, being brought up on stage to skank to "This Gigantic Robot Kills", and then him giving me a shout out on stage for putting his music in Rock Band and playing earlier that day.

Made the whole weekend worth it.

Anyway, there have been two main takeaways from this weekend:
1. Giving people money for something they worked hard on feels really good. I'm sure I've mentioned it before, but I always like to pick up stuff from the artist alley and the guys publishing their own comics. It helps them out more, and I know I'd want someone doing the same for me. Like, I could get that Wobbuffet plushie, but I'd rather get someone's CD.

2. It also feels good to be remembered from stuff. A couple people have seen me from an Orlando show or two, and of course, my SoFloConBros from every con south of where I live. Also wearing the same at every show helps, like MC Lars and his A's hat.

But I think the two "scenes" have a different feel to them: Orlando cons tend to be bigger, and more focused on anime/Japanese culture, where as the ones in South Florida are more genereal interest, but smaller.

Creator Owned Expo- They asked me to MC the cosplay competition and do all of the raffles. It was really fun. The sound setup was OK, and for the last song my mic gave out, but still managed to put on a good show. Definitely want to go back next year!


-Recap Video!
Will be coming soon! I just need to fix the sound and add subtitles.

-COE was started by Ron Kerronian, who some call "Black Wolverine", since he has the mutton chops and cowboy hat. 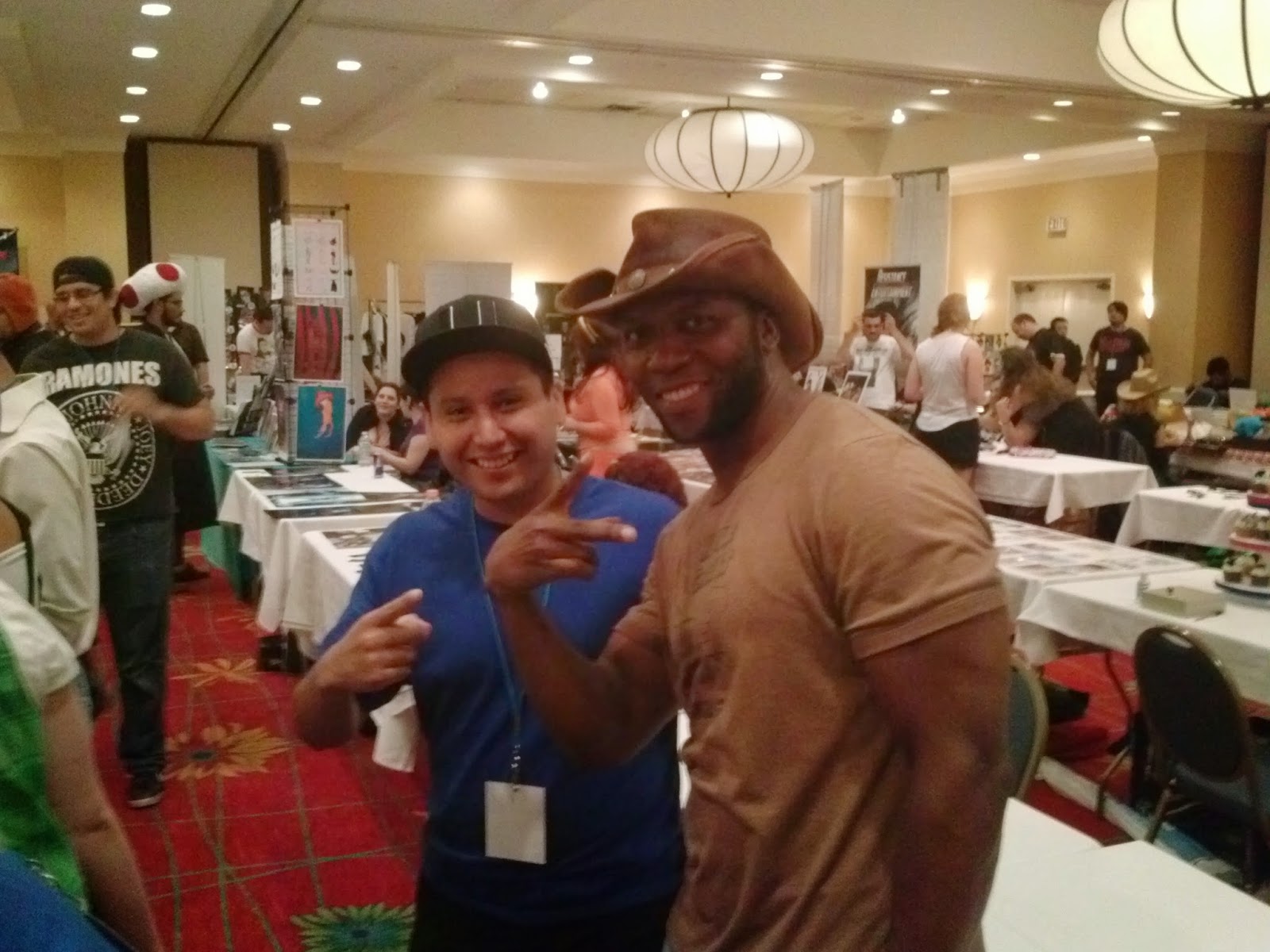 This year, it seemed 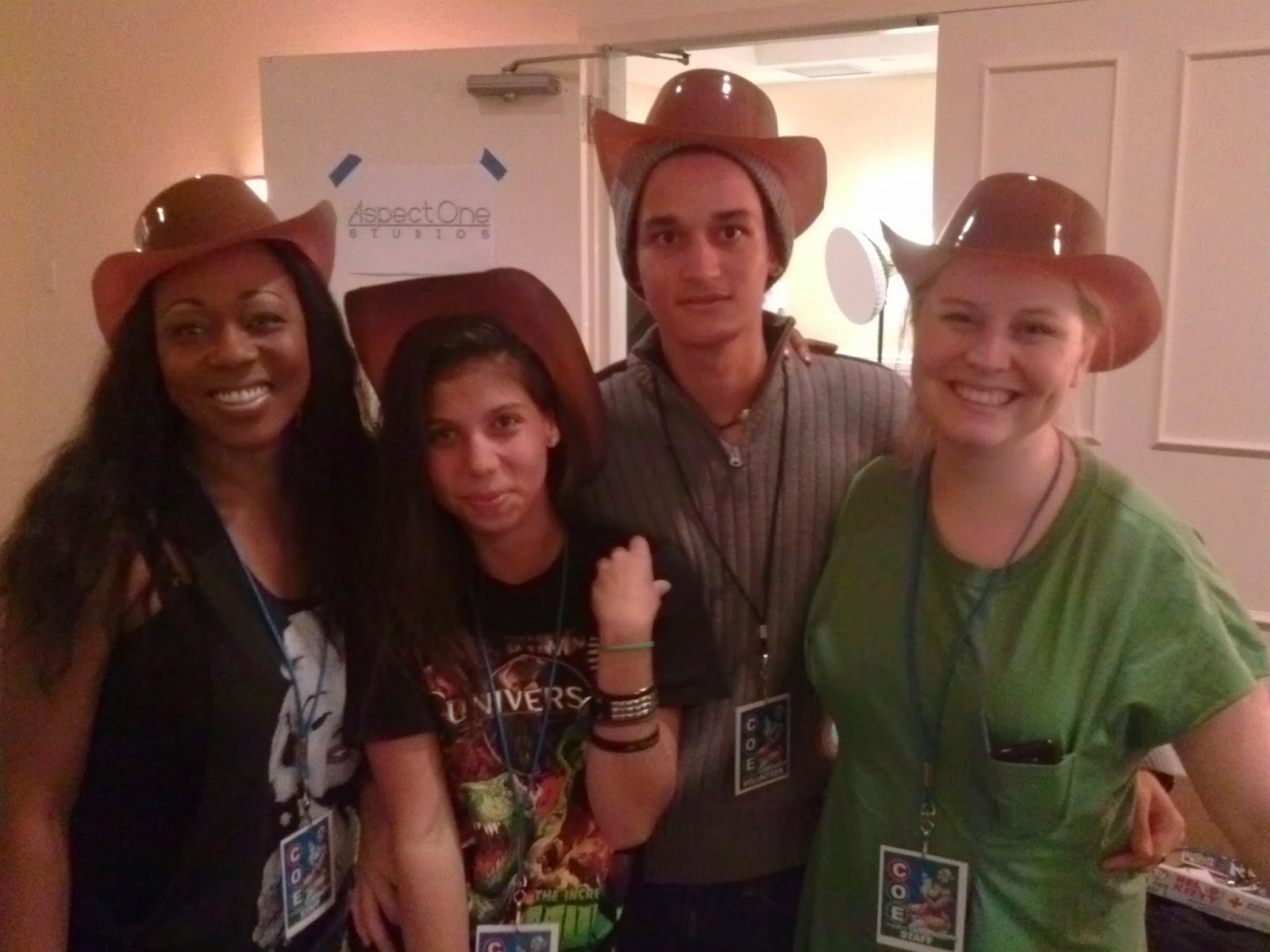 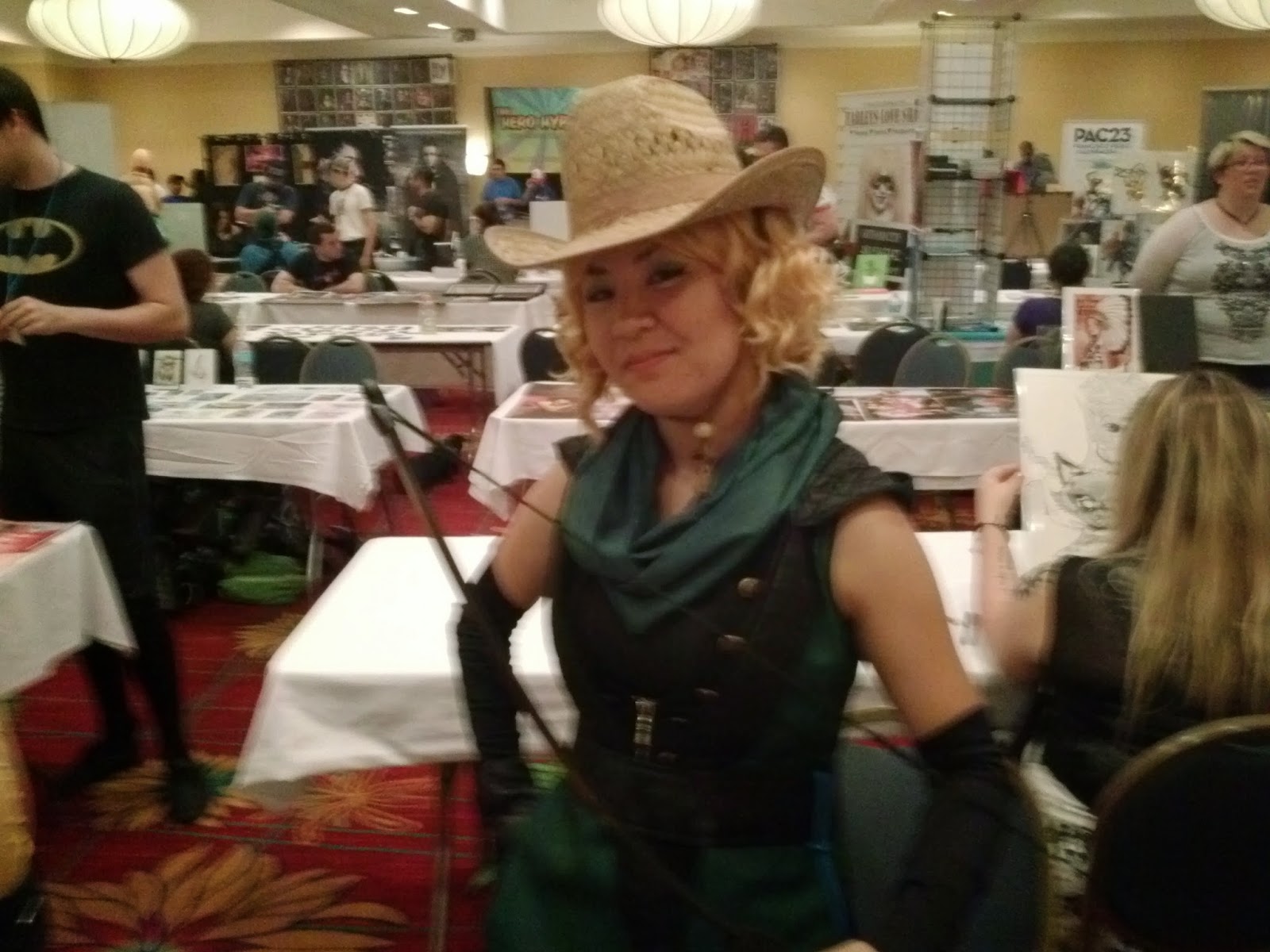 decided to cosplay as him. 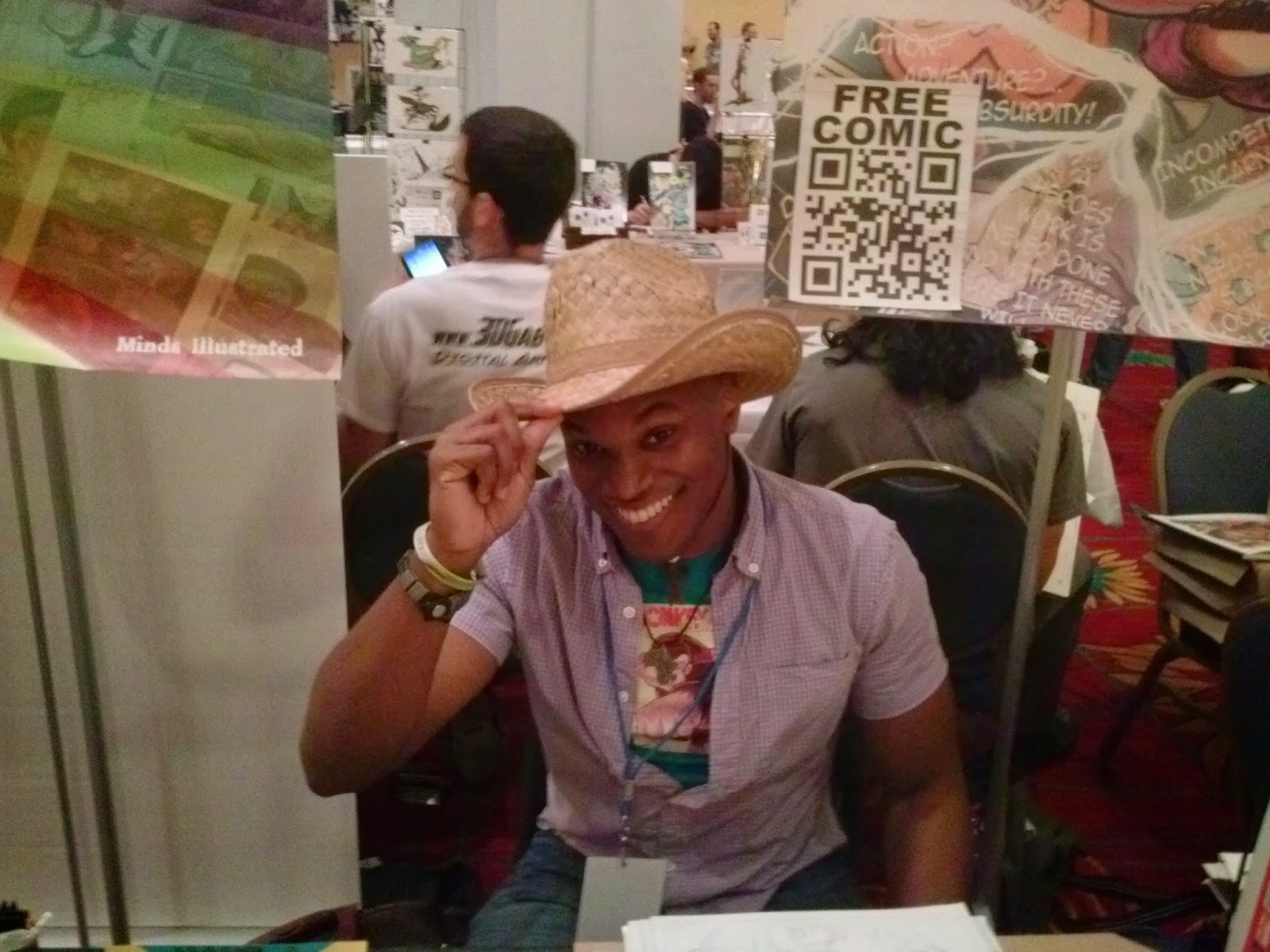 
- (WARNING: MAGIC THE GATHERING SHIT AHEAD) Bought a Funko Pop! Nissa, then pulled a Brimaz and Iroas, God Of Victory from purchasing 3 Theros Block packs. Though unfortunately, not one game of Magic was played all weekend :(
To my credit, it's the only non-creator owned thing I bought.

-One of the guys I sold a copy of Dino Hunter MD to at Miami Hurricon actually had a booth there at We Are Chaotic Neutral.

He loved it, SO MAYBE YOU SHOULD PICKUP A COPY.

-Shout out to all the prerequisite SoFloConBros:
Grifter Cosplay
BTL Collectables
Irving of UltraCon South Florida
Martin of Cosmic Times
Zippertan and Mervyn of Paperlab Studios

Orlando Nerd Fest- WOW this was awesome. I totally regret not going when this was called Nerdapalooza. My set was tight as hell, and the crowd was about as good as I can say for an 11AM show the day after "LET'S GET CRUNK EVE" in the smaller stage area.

The set right after me was Random Encounter, doing a lighter set with Professor Shyguy on bongos.
Random Encounter does a lot video game music, with like a pirate rock tinge to it. It was a pretty solid show. Then afterwards we went to get some Dennys.

-Fortunately for me, there was a freeplay arcade in the Jamspace to keep people in. I played OutRun, and I bodied some mofos as Sagat and caught some of Doug Funnie's set.

-Next group I saw was RPG Unit, a nerdcore supergroup that recently put out an album based off Borderlands.

-Then I saw MC Lars and all the good stuff happened.

See you next week! Next show is Umicon Daytona!